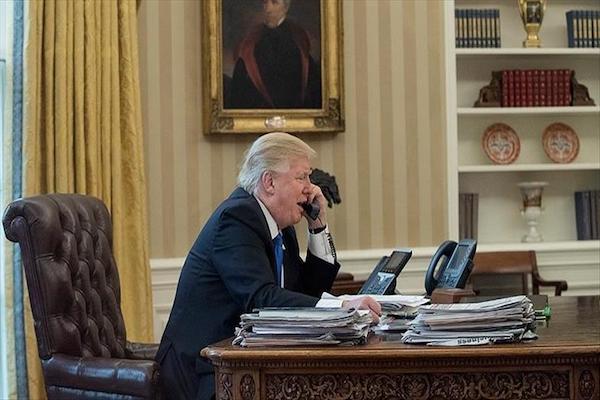 Trump expressed condolences and “offered the full support of the United States Government in responding to the attack and bringing those responsible to justice”, a statement from the White House said. “Both President Trump and President Putin agreed that terrorism must be decisively and quickly defeated,” it added. The two leaders’ relationship has featured prominently in world media, due in part to the ongoing controversy surrounding alleged Russian meddling in last year’s U.S. presidential election that resulted in victory for Trump.

Monday’s explosion, which Russian Prosecutor General’s office has defined as a “terrorist attack”, was met with messages of sympathy and support from around the world as Moscow announced a three-day mourning effective as of Tuesday.