The interlocutor of Greek Cypriots until the Cyprus problem is solved remains with the Turkish Cypriots, not Turkey

Turkish Foreign Ministry, The interlocutor of Greek Cypriots until the Cyprus problem is solved remains with the Turkish Cypriots, not Turkey 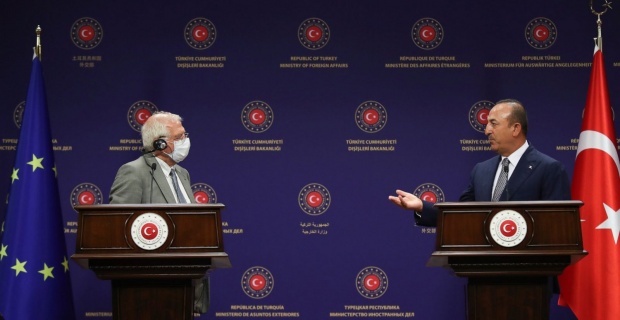 The Turkish Foreign Ministry made a written statement on Friday (2nd October 2020) and stressed that some elements of the European Union summit decisions concerning Turkey were positive, but many areas were “divorced from realities”.

Keywords:
Turkish CypriotsGreek CypriotsCyprus Problem
Your comment has been forwarded to the administrator for approval.×
Warning! Will constitute a criminal offense, illegal, threatening, offensive, insulting and swearing, derogatory, defamatory, vulgar, pornographic, indecent, personality rights, damaging or similar nature in the nature of all kinds of financial content, legal, criminal and administrative responsibility for the content of the sender member / members are belong.
Related News