They were saddened by the loss of lives and were keen to express their condolences to the families and friends of those who lost their lives during the attempted coup of 15 July in Turkey. 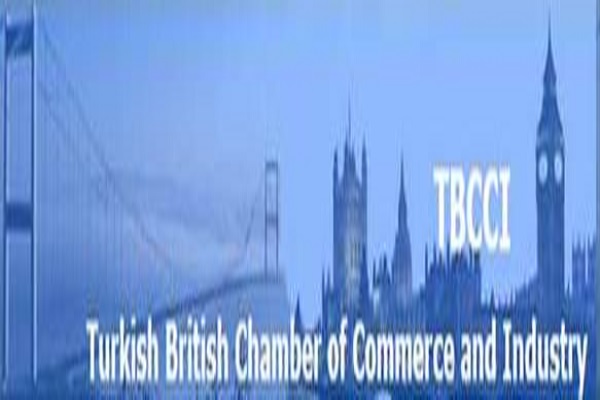 The Board of Directors of the Turkish British Chamber of Commerce and Industry (TBCCI), alongside many others who care deeply about Turkey, rejected and condemned the coup attempt on the democratically elected Government. They were saddened by the loss of lives and were keen to express their condolences to the families and friends of those who lost their lives during the attempted coup of 15 July in Turkey.

The Chairman of the TBCCI, also Deputy Head of International Law at No 5 Chambers, Emma Edhem, CC, said, we are monitoring closely the aftermath of the attempted coup, and note that stability and order are returning with good speed allowing business engagement to resume fully.  It was understood, in a short time, that the attempt was a plot by a minority of the armed forces. The government immediately took measures to foil the attempt. The Turkish nation played a role, displaying solidarity with the democratically elected government. The TBCCI joined all those in Turkey and the UK who condemned the attempted coup against democracy.

She said, despite these events, there continues to be great potential and goodwill for UK-Turkey business relationships and the TBCCI remains committed to supporting existing and new ventures.

People look at TBCCI as the leading platform for bilateral business facilitation to help with the questions raised as a result of the recent events. The TBCCI has a vital role to play in contributing to this. Emma Edhem, CC said, that the important step now is to help provide answers for businesses to continue as usual, and even progress further. The TBCCI has set up and will continue to set up structures to gather wealth of input from its members to address issues in practical terms. As an example, one of these structures revolves around Brexit. Without delay we responded by forming the TBCCI Brexit committee to assist in re-building bridges between Turkish and British political and business stakeholders. Our aim is to represent, with authority, the interests of Turkish and British businesses to government. The Brexit Committee is composed of individuals providing the experience of government, business, finance and a variety of organisations that support UK-Turkey relations. This and similar TBCCI committees and working groups, reflect the rich expertise of many business sectors in both the UK and Turkey.

Enver Kannur, the Managing Director of Accounting Direct Plus and the TBCCI Director and Treasurer, added, Turkey and United Kingdom are enjoying excellent relations in economy and commerce, both countries offering wide-ranging opportunities in investment and trade and business skills and knowledge complimenting each other. UK is the world 5th largest economy, and Turkey is the 6th largest in Europe and 16th in the world. Both countries have vibrant and strong economies with growth process with global reach.

Commercial and investment relations between Turkey and the UK continue to enjoy a healthy progress.  Necmettin Kaymaz, Chief Project Director at the Investment Support & Promotion Agency of Turkey (ISPAT) and Board Member of the TBCCI said that today there are around 3000 British companies investing in Turkey and the stock value of their investments in Turkey is US$ 21 billion; making the UK the second largest investing country in Turkey, Turkish investment in the UK is about 1.5 billion US$.  In 2015, the bilateral trade between the two countries was 16 US$, the highest value so far. In 2016 January-May period, the bilateral trade reached 7.4 billion US$, also the highest in that period, and the share of UK in the total of Turkey trade rose from 4.5% to 5.3%.

The collective relationship between Turkey and the UK reached a value of $38 billion last year. Businesses have the ability to take back the power to determine their own economic relations.

CEO of Rolls Royce, Turkey, another Director of the TBCCI, Patrick Regis said that Rolls-Royce has a long term strategy in Turkey and it will not change its plans in moments of instability unless the security situation became unmanageable for its employees. They’re here because they believe Turkey has a bright future ahead of itself and place their trust in the Turkish Government’s resolve to create a positive business environment for the talented people they work with every day.

Vodafone Global CEO, Vittorio Colao, said investments to Turkey will continue. Following the coup attempt, he expressed confidence in the Turkish economy and investments. He added that the Vodafone group is a continual and long term investor in Turkey and is proud of their activities in Turkey. As the second largest foreign investor in Turkey they want to emphasise that investments and support will continue for the years to come.

David Walker, Chairman of Spot Blue, the international property company and Director of TBCCI said “Turkey has come a long way from 2003, since then the economic performance of Turkey has improved immeasurably and continues to do so, for example the Turkish economy growing by 4.8% in Q1 2016. There are very few countries in the world that can match that performance, Turkey is a resilient growing country and does not and will not stand still, after 16 years of investment in Turkey we will continue to invest there”.

With guidance following from the working groups and committee observations, the TBCCI will take their recommendations to both governments and institutions to enable businesses to maintain and even strengthen the current economic progress.

They are keeping an eye on economic relations for more reasons than one and believe the ties between the UK and Turkey have been strong and resilient. Emma Edhem stresses that continued adverse events have so far failed to break the deep bond between the two countries and believes that businesses on both sides have proven that they can overcome hurdles that are constantly placed in their paths. She emphasised that the TBCCI continues to be excited about future business relations between Turkey and the UK.