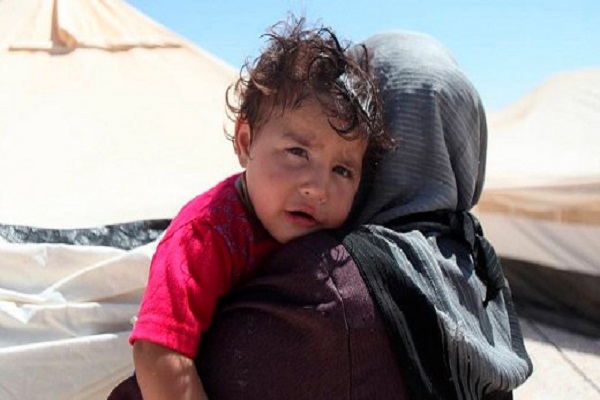 The PM outlined UK efforts to alleviate the humanitarian suffering in Syria and neighbouring countries and made clear the urgency behind finding a political solution to bring an end to the conflict.

On the on-going humanitarian crisis the PM said: "This is the refugee crisis of our time. A Syrian becomes a refugee every 15 seconds, that's 240 fleeing during the hour of this statement alone".

He added: "Britain is leading the world" in the humanitarian response and "will continue to shape more urgent, effective and large-scale humanitarian efforts".

At the summit the Prime Minister organised a special meeting, where agreement was reached to work through the UN to call for:

• help to deal with the impact of chemical weapons, including medicines and decontamination tents

The UK government will keep up these efforts in the weeks ahead.

According to the UN High Commissioner for Refugees, there are:

• 6.8 million people in need of humanitarian assistance in Syria

How the UK is helping

The Prime Minister announced last week that the UK will provide £52 million in new humanitarian funding. This brings the UK’s total funding to £400 million, double the £200 million of the UK’s largest previous response to a humanitarian crisis.

The aid will give support including food, medical care and relief items for over a million people, the majority of who are women and children, who have been affected by the fighting in Syria and to refugees in Lebanon, Jordan, Turkey and Iraq.

Read how the UK is responding to the humanitarian crisis - Syria crisis: latest updates on UK aid and visit the Syria crisis: UK aid response page on Facebook.

Video: See how UK aid is helping Syrians who have fled the fighting.

How you can help

The best way to help those hit by the crisis is to donate to the Disasters Emergency Committee (DEC) Syria Crisis Appeal.