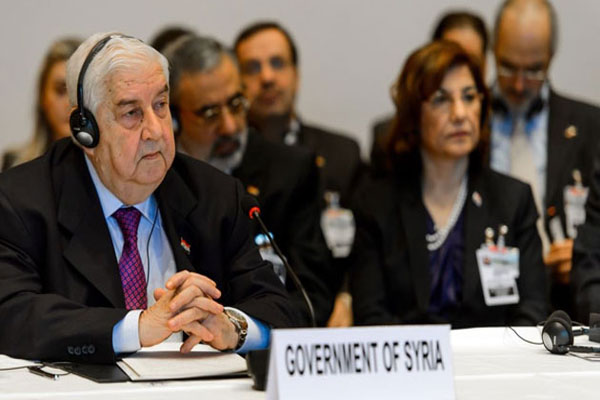 Syria's government delegation at peace talks in Geneva presented a declaration of principles for negotiations which did not mention a transition of power and was immediately rejected by the opposition, Syrian television said on Monday. The "declaration of basic principles" said Syrians would choose a political system without "imposed formulas" from abroad, an apparent reference to Western and regional demands that President Bashar al-Assad step down and hand power to a transitional government.