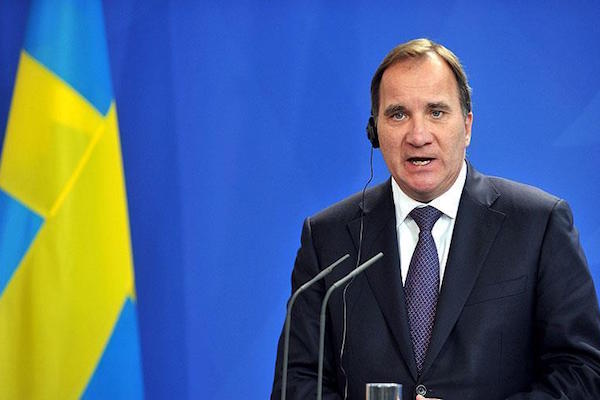 STOCKHOLM-Sweden pledged its support to Turkey’s fight against terrorism on Monday. Prime Miniser Stefan Lofven condemned Saturday night’s attack on a wedding in Gaziantep, southeast Turkey, that left 51 people dead. He said every county had “significant responsibilities” in combating terrorism and warned that an escalation in attacks could only be prevented through cooperation.

“I want to express my condolences to the families of the victims of Gaziantep attack,” he added. According to Turkish officials, Saturday night’s attack saw Daesh use a child suicide bomber to target a wedding in the city’s Beybahce neighborhood, leaving scores wounded.

Lofven, leader of the Social Democrats, also praised Turks’ resistance to the July 15 attempted coup and stressed the importance of the EU-Turkey deal that came into place in March to control migration in the Aegean Sea region.

“Both parties should abide by the deal,” he said. “The provisions in this agreement should be fully implemented. Both parties need to keep their promises.”