Safety and protection of all citizens in Turkey following coup attempt 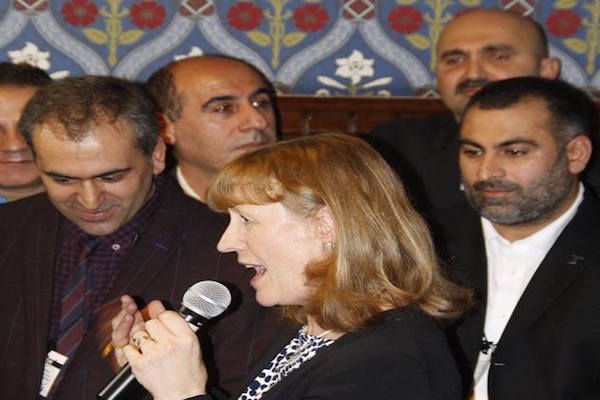 Joan Ryan MP has urged the UK Government to impress upon Turkey’s President Erdogan the need to ensure “the safety and protection of all citizens, especially the ethnic and religious minority Alevi and Kurdish communities”, following the attempted coup in Turkey.

Speaking in Parliament on Tuesday 19th July, Joan Ryan MP raised the issue of rising tensions in predominantly Alevi and Kurdish neighbourhoods in Turkey “due to attacks and demonstrations by apparently pro-Erdogan supporters”.

Ms Ryan stated that a number of her constituents were concerned about the safety of their family and friends, due to the instability in the country.

Rt. Hon Sir Alan Duncan MP, the Minister of State for Foreign and Commonwealth Affairs, agreed that the Turkish authorities must provide all of its citizens fair treatment and respect under the rule of law. The Minister will be meeting with his Turkish counterparts in Ankara to discuss these issues on Wednesday 20th July.

“I extend my sincere condolences to the family and friends of those who have died, as well as those who have been injured in Turkey since the events of Friday 15th July.

I urge all parties to exercise restraint and ensure that law and order is maintained to prevent further loss of life - under no circumstances can violence be justified.

In my capacity as Chair of the All-Party Parliamentary Group for Alevis, I had the opportunity to meet, this week, with senior representatives from the British Alevi Federation, who expressed their serious concerns about what has happened over recent days.

The rights and freedoms of all people in Turkey, including the Alevis and Kurdish communities, need to be respected and upheld.

President Erdogan must protect the democratic process and the rule of law.”