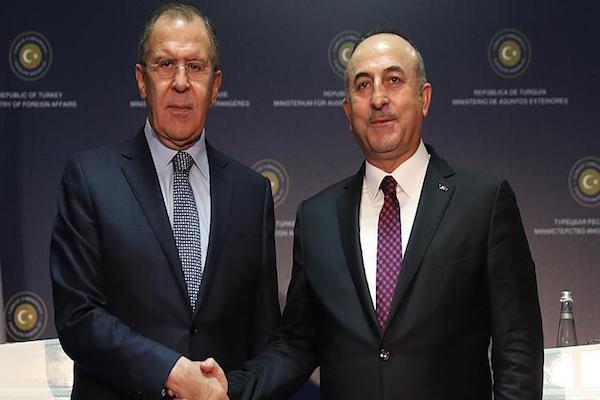 Sergey Lavrov and his Turkish counterpart Mevlut Cavusoglu "stressed the importance of establishing direct contacts between the Syrian government and representatives of the armed opposition to strengthen the cease-fire," the statement said.

The ministers agreed to continue to work with the parties in the Astana talks to facilitate a "successful" conclusion, it added.

The ministers also agreed on getting "ready" for the resumption of Syria talks in Geneva, Switzerland.

The talks, which focus on extending the cease-fire that came into effect on Dec. 30, 2016, have been brokered by Turkey, which backs the opposition, and Russia and Iran, who support Bashar al-Assad’s regime.