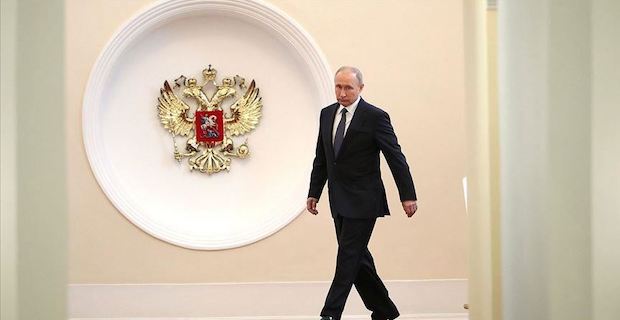 The Russian Central Election Commission (CEC) approved the results of the vote on constitutional amendments on Friday. "Amendments to the Constitution of the Russian Federation [...] voted by more than half of Russian citizens who took part in the national vote are considered approved," head of the CEC Ella Pamfilova said at a press conference. Pamfilova added that more than 109 million voters were registered in Russia and abroad to take part in the vote, over 74 million or 67,97% cast their ballots, and 77.92% voted for the changes, while 21.27% opposed them.

The results mean the amendments will come into force, as the condition of approval from over half of the voters was met, including one paving the way for President Vladimir Putin to remain in power through 2036. Russia’s constitution allows for two consecutive terms for the president, but the amendments would hit the reset button, allowing Putin two additional possible six-year terms. Asked if he might stay in power that long, Putin – the country’s ruler for two decades, alternating as president or prime minister – said that "he did not exclude anything," citing the need to maintain political stability. Without the changes, he warned, “instead of normal rhythmic work at many levels of government, eyes will start searching for possible successors. It is necessary to work and not search for successors."

Other constitutional changes give the Russian government and parliament broader powers. Requirements for candidates for public office also grew stricter: they are prohibited from holding foreign passports, residency, or overseas bank accounts, while candidates for president also have to have lived in Russia for at least 25 years. The amendments anchor the constitution taking precedence over international agreements, ban any action threatening Russia's territorial integrity, and also draw the line on traditional values, such as forbidding same-sex marriage. The "social bloc" of amendments gives pension an annual raise, sets a minimum wage lower than the subsistence minimum, give support for parenthood and childhood, and promotes a “responsible” attitude to animals.

Russia’s opposition protested the changes, accusing the administration of trying to extend Putin's lengthy tenure. The large number of amendment offered collectively under an “all up or down” format also drew fire, denying voters a chance to approve of some changes while rejecting others. The opposition also decried the absence of a minimum turnout for a vote on constitutional changes. Despite a ban on campaigning, instructional leaflets by the CEC also came under fire, as they told the public to vote "for" rather than "on" the changes, with the word "for" in red. A lottery for all voters in the referendum was also criticized for artificially inflating turnout. There were too few observers at too many polling sites, some in such unusual places as car trunks, the opposition also said. Asked about criticisms on the vote, Kremlin spokesman Dmitry Peskov said Moscow "is aware but not ready to take it into account".

Keywords:
Vladimir PutinRussiaElectionRussian ElectionVote On Constitutional Amendments
Your comment has been forwarded to the administrator for approval.×
Warning! Will constitute a criminal offense, illegal, threatening, offensive, insulting and swearing, derogatory, defamatory, vulgar, pornographic, indecent, personality rights, damaging or similar nature in the nature of all kinds of financial content, legal, criminal and administrative responsibility for the content of the sender member / members are belong.
Related News