British lawmakers voted Wednesday in favor of Prime Minister Boris Johnson’s plan to limit parliament members’ second jobs after two weeks of intense and harsh media scrutiny on the issue as well as the wider issue of alleged government corruption. 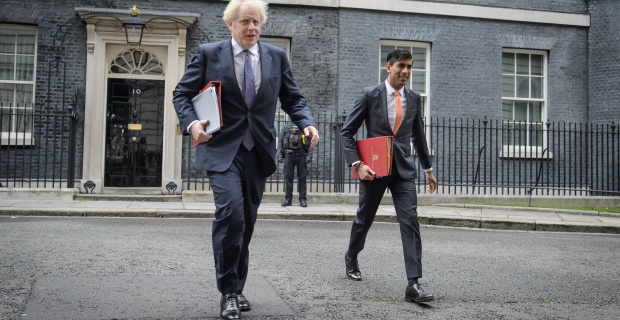 The vote passed, but not before government MPs voted down the opposition Labour Party’s proposal on the same issue, which Labour said went further than the government’s proposals.After the vote, a government spokeswoman said: “The House of Commons has tonight voted to update the code of conduct for MPs. This means that MPs will be banned from acting as paid political consultants or lobbyists and that MPs are always prioritizing their constituents.”

Earlier in the day, Johnson told the Commons Liaison Committee it was a “total mistake” to try and overturn now-former Conservative MP Owen Paterson’s 30-day suspension and attempt to reform the parliamentary body that handed down the sentence at the same time.

“I believed that there would be cross-party support for the idea,” he said. “It was put to me by colleagues.”

The Liaison Committee is comprised of the chairs of all the select committees and questions the prime minister three times a year.Paterson was found guilty of an “egregious” breach of lobbying rules after repeatedly lobbying ministers and officials on behalf of two companies paying him more than £100,000 a year.

“I think it was a total mistake not to see that the former member for North Shropshire’s breach of the rules made any discussion about anything else impossible. And I totally accept that,” Johnson told the committee, referring to Paterson.

“I think it was a very sad case, but I think there’s no question that he had fallen foul of the rules on paid advocacy, as far as I could see from the report,” he said.

Keywords:
Prime MinisterDefend LawmakerLobbying Accusations
Your comment has been forwarded to the administrator for approval.×
Warning! Will constitute a criminal offense, illegal, threatening, offensive, insulting and swearing, derogatory, defamatory, vulgar, pornographic, indecent, personality rights, damaging or similar nature in the nature of all kinds of financial content, legal, criminal and administrative responsibility for the content of the sender member / members are belong.
Related News