President of the Turkish Republic of Northern Cyprus, Ersin Tatar, received his certificate of election

Ersin Tatar, the newly elected President of the Turkish Republic of Northern Cyprus (TRNC), received his certificate of election yesterday 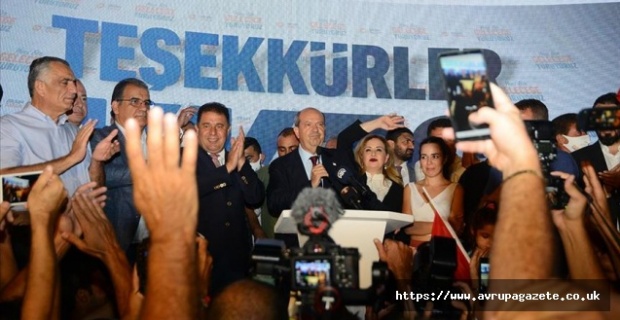 The ceremony was held within the frame of Covid-19 conditions and the President-Elect will be sworn in as the country’s fifth President after the results are published in the Official Gazette.

Greek Cypriot Administration Leader Nikos Anastasiades congratulated Ersin Tatar via a telephone call, and expressed his wish for a social meeting as soon as possible with the newly elected President of the Turkish Republic of Northern Cyprus (TRNC).

The United States of America Ambassador to Lefkoşa, Judith Garber, congratulated the newly elected President of the Turkish Republic of Northern Cyprus (TRNC) Ersin Tatar during a telephone call. Garber announced via her Twitter account that she called to congratulate President Ersin Tatar and said that the USA is looking forward to working with Mr. Tatar and the starting of the negotiations.

The Ministry of Health announced additional measures in line with the decisions taken by the Contagious Diseases High Committee, which convened under the Contagious Diseases Law.
The written statement made by Health Minister Ali Pilli on behalf of the Ministry of Health is as follows: “As of 20 October 2020 (including 20 October 2020), those people who want to enter the TRNC from Group B countries and stay in the island for a maximum of 3 days, must submit negative PCR test results at the entrance to the country and they will have to undergo a 2nd PCR test at the entrance to be able to enter the country without staying in quarantine on the condition they stay in a hotel or isolation centre until the 2nd PCR test results are obtained.

However, those who have a reservation at a hotel will be transferred to the hotel with taxis, minibuses, and buses with which the hotel has cooperated until the test results are obtained, and provided the hotel takes full responsibility for this”.

“Those who have no hotel reservation will wait in the central isolation places determined by the Ministry until the PCR test results are available. People with negative results will be exempt from quarantine provided that they only stay in the TRNC for a maximum of 3 days.

As of 20 October 2020 (including 20 October 2020), "random" tests will continue to be performed for people who pass to the Greek Cypriot Administration side in respect of work, education, and for health reasons.

For other reasons, those people who want to pass from the Greek Cypriot Administration side to the TRNC will be able to enter the country providing that they submit their negative PCR test results, which have been done within the last 3 days, at the border gates.

However, those who pass from the Greek Cypriot Administration side to our country (except for those who pass for work, education, and health reasons), and will reside in the TRNC for more than 3 days, will remain in central quarantine for 7 days.

People who enter the TRNC and reside for less than 3 days will be required to complete the commitment form prepared at the border gates. If people who complete the form do not comply with their commitments, criminal action will be initiated against them.

It has been decided that religious prayers and funeral ceremonies will be held after 19th October 2020 within the framework of the pandemic rules.

A decision has been taken that wedding and engagement ceremonies can be held after 19th October 2020 within the framework of the rules to be followed for weddings, which were previously taken by the Committee and published in the Official Gazette dated 28 August 2020, No: 163.

In the event of possible Covid-19 cases in team sports, the rules regarding the measures to be taken have been decided and a detailed notification will be made to the Sports Office Directorate regarding the application.

It has been decided to postpone the opening of cinemas, theatres, fairs, birthday and festival events until 1st November 2020."

Keywords:
Northern CyprusErsin TatarPresident Tatar
Your comment has been forwarded to the administrator for approval.×
Warning! Will constitute a criminal offense, illegal, threatening, offensive, insulting and swearing, derogatory, defamatory, vulgar, pornographic, indecent, personality rights, damaging or similar nature in the nature of all kinds of financial content, legal, criminal and administrative responsibility for the content of the sender member / members are belong.
Related News