Pakistan reopened border with Afghanistan after one month 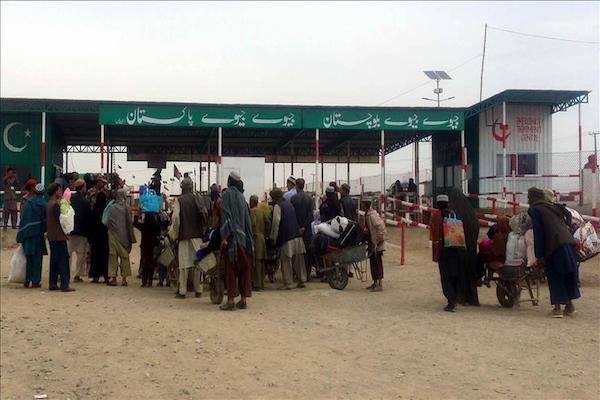 In a statement Monday, Sharif said his government had taken the “goodwill gesture” keeping in view the better interests of both countries.

The move came after three-day long talks between Pakistani Adviser on Foreign Affairs Sartaj Aziz and Afghan National Security Adviser Hanif Atmar, which were brokered by the U.K. in London last week aimed at quelling tensions between the two neighbors.

The premier said the border’s closure went against “people and economic interests” on both sides.

Sharif hoped the Afghan government would address the reasons that led to the closure of the border.

There was an immediate sense of relief on the Afghan side, particularly among traders and transporters following Sharif’s announcement.

Samiuddin Aabid, an Afghan transporter who rushed to the Torkham-Landi Kotal crossing after hearing the news, told Anadolu Agency he and thousands of other transporters had literally gone out of business following the closure.

“This [closure of the crossing points] does not benefit anyone, I received so many calls since morning from people who wished to go to Pakistan for medical treatment, meet their relatives and so on, the crossing point will be jam packed for some days now,” Aabid said.

Khan Jan Alokozay, Afghanistan Chamber of Commerce and Industries' deputy president, said the closure had inflicted daily losses of approximately $4 million, with Pakistani traders bearing the brunt of it.

He said Pakistan remains a trade-worthy partner despite Afghanistan being able to diversify its global trade routes.

On Feb. 17, Pakistan unilaterally closed its border with Afghanistan, commonly known as the Durand Line, “due to security reasons” following a spate of terror attacks, including a suicide bombing at a Sufi shrine in southern Pakistani town of Sehwan that left 90 people dead.

Islamabad had reopened border crossings in between for two days -- on March 7 and 8 -- “to provide an opportunity to such hundreds of civilians stranded on both sides of the border”.

Pakistan and Afghanistan share 18 crossing points -- the most commonly used ones are Torkham and Chaman.

Afghanistan does not recognize the Durand Line -- a 2,640-kilometer (1,640-mile) long border, which was established in 1893 in line with an agreement between India under British colonial rule, and Abdur Rahman Khan, the then ruler of Afghanistan.