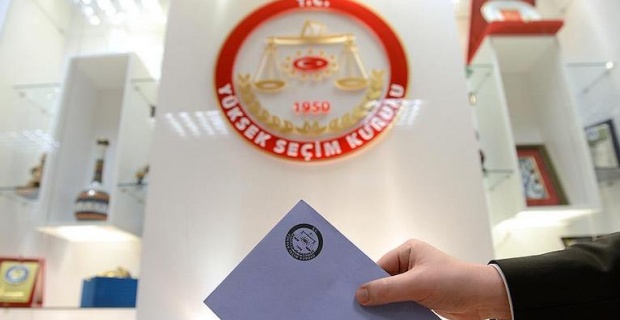 A Turkish opposition party on Wednesday appealed to Turkey’s election authority to cancel last month’s local poll results in the metropolis of Istanbul.  Birol Gur, Istanbul head for the Nationalist Movement Party (MHP), said the party is filing an extraordinary objection with the Supreme Election Council (YSK) to cancel the results due to the “high illegality” seen during the elections. The ruling Justice and Development (AK) Party, the MHP's ally in the local elections, has alleged widespread "organized criminality" in the March 31 polls. The party is also seeking cancelation of the election results in Istanbul’s Maltepe district after vote counting ended earlier on Wednesday, he said.

Meanwhile, the AK Party said it would file a complaint against those spoiling the poll safety in the March elections.

"Nobody has got the right to damage the security of election safety. We will issue a criminal complaint regardless [of who did it]," Ali Ihsan Yavuz told journalists at the AK Party headquarters in the capital Ankara.

On Tuesday, the ruling party also submitted an extraordinary appeal to the YSK to cancel the results of the mayoral poll in Istanbul.

Millions of Turkish voters cast their votes nationwide on March 31 in local elections to choose mayors, city council members, mukhtars (neighborhood officials), and members of elder councils for the next five years.

According to unofficial results in the Istanbul mayoral race, before any recounts, Ekrem Imamoglu, the candidate of main opposition Republican People's Party (CHP), led with 48.79% of the vote, ahead of the ruling Justice and Development (AK) Party's Binali Yildirim with 48.51%.

Contesting the results, the AK Party has asked for a recount, saying the recount might change the results.

Keywords:
Supreme Election CouncilAK PartyYSKCHP
Your comment has been forwarded to the administrator for approval.×
Warning! Will constitute a criminal offense, illegal, threatening, offensive, insulting and swearing, derogatory, defamatory, vulgar, pornographic, indecent, personality rights, damaging or similar nature in the nature of all kinds of financial content, legal, criminal and administrative responsibility for the content of the sender member / members are belong.
Related News