Barack Obama addresses the nation about the situation in Syria from the East Room at the White House in Washington, September 10, 2013. 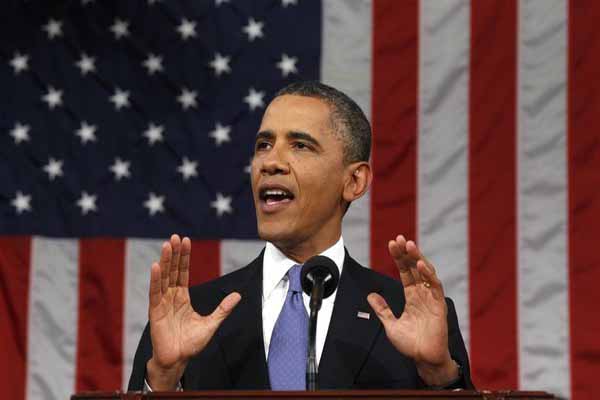 U.S. President Barack Obama vowed Sept.10 to explore a diplomatic initiative from Russia to neutralize Syria's chemical weapons but voiced skepticism about it and urged war-weary Americans to support his threat to use military force. Obama said a Russian offer to push Syrian President Bashar al-Assad to place chemical weapons under international control opened up the possibility of halting the limited military strike that he is considering against Syria. Speaking from the White House's East Room, Obama said U.S. he would discuss the diplomatic option with Russian President Vladimir Putin, with whom he has had rocky relations. Obama asked the U.S. Senate to put off a vote on his request for an authorization of military force to let the diplomacy play out. It has been far from certain whether Obama would win a vote in the restive Congress on the Syrian issue. A negative outcome would be a huge embarrassment for the president. Obama set no deadlines for diplomacy to run its course, but said any deal with Assad would require verification that the Syrian president keeps his word.

"It's too early to tell whether this offer will succeed. And any agreement must verify that the Assad regime keeps its commitments. But this initiative has the potential to remove the threat of chemical weapons without the use of force, particularly because Russia is one of Assad's strongest allies."

The Russian offer had the effect of extending Obama a lifeline as he fought an uphill battle to persuade Congress and Americans to support a go-it-alone attack on Syria.

Obama has faced stiff resistance in Congress to any military action and lawmakers on both sides of the issue were quick to seize on the Russian proposal as a possible way out, despite doubts about its eventual success.

Obama used much of his speech to lay out the case against Syria, saying there was plenty of evidence showing that the Syrian government was behind an Aug. 21 chemical weapons attack that killed 1,429 people, including more than 400 children.

He argued that Syria should face consequences for using such weapons because much of the world has adopted a ban on chemical weapons. If the civilized world does nothing to respond, it will only embolden U.S. adversaries and increase the chances U.S. troops might one day face these weapons on the battlefield, he argued.

"If we fail to act, the Assad regime will see no reason to stop using chemical weapons," Obama said. "As the ban against these weapons erodes, other tyrants will have no reason to think twice about acquiring poison gas and using them."