Theresa May made a pitch to Britain’s most underprivileged people in her first remarks since becoming the country’s prime minister. 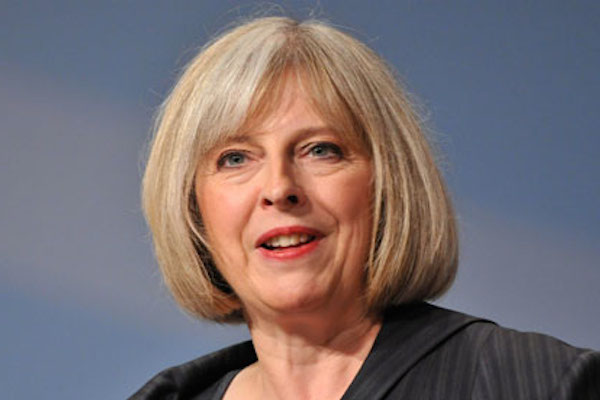 LONDON (AVRUPA TIMES)-Theresa May made a pitch to Britain’s most underprivileged people in her first remarks since becoming the country’s prime minister. Speaking shortly after being appointed by Queen Elizabeth II on Wednesday afternoon, May committed her government to “fighting against the burning injustice” of inequalities experienced by ethnic minorities, women, and people from poorer backgrounds.

“If you’re from an ordinary working-class family, life is much harder than many people in Westminster realize,” she said in a speech outside her new official residence at 10 Downing Street.

“If you’re one of those families, if you’re just managing, I want to address you directly: I know you’re working around the clock, I know you’re doing your best, and I know that sometimes life can be a struggle.

“The government I lead will be driven not by the interests of the privileged few but by yours. We will do everything we can to give you more control over your lives.”

May committed her country to leaving the European Union following last month’s Brexit referendum result but said they will rise to the challenge “because we’re Great Britain.”

She continued: “As we leave the European Union, we will forge a bold, new, positive role for ourselves in the world. And we will make Britain a country that works not for a privileged few, but for every one of us.

“That will be the mission of the government I lead, and together we will build a better Britain.”

May became leader of the governing Conservative Party on Monday, after her only remaining rival Andrea Leadsom – a junior treasury minister – withdrew from the contest.

She was appointed U.K. prime minister, replacing David Cameron, during an audience with Queen Elizabeth II earlier on Wednesday afternoon.