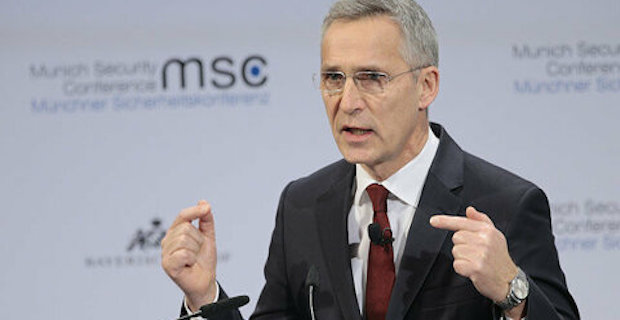 Stoltenberg will hold a news conference after the meeting.

The Turkish soldiers are working to protect local civilians in Idlib under a 2018 deal with Russia under which acts of aggression are prohibited in the region.

But more than 1,300 civilians have been killed in attacks by the regime and Russian forces in the zone since then as the cease-fire continues to be violated.

The de-escalation zone is currently home to 4 million civilians, including hundreds of thousands displaced in recent years by regime forces throughout the war-torn country.

Since the eruption of the bloody civil war in Syria in 2011, Turkey has taken in some 3.7 million Syrians who fled their country, making it the world’s top refugee hosting country.

Keywords:
SyriaNATO
Your comment has been forwarded to the administrator for approval.×
Warning! Will constitute a criminal offense, illegal, threatening, offensive, insulting and swearing, derogatory, defamatory, vulgar, pornographic, indecent, personality rights, damaging or similar nature in the nature of all kinds of financial content, legal, criminal and administrative responsibility for the content of the sender member / members are belong.
Related News