Avrupa Times/London / 13 February 2019  - Press conference held at 10.00am in Aldgate Stoke White LLP. Prosecutor faces unfounded and irresponsible last-minute intervention from Israeli NGO. UN has already found Mavi Marmara and Gaza Freedom Flotilla attack by Israeli forces disproportionate; Pre-trial chamber at ICC also recommends Prosecutor to reconsider opening an investigation. First time British victims have come together to call for non-interference in ICC investigation.Victims see smear campaign to paint them as violent and terrorists as abhorrent. A last-minute intervention by an Israeli NGO to halt investigations into the alleged crimes that led to 10 deaths and injured many more aboard the Mavi Marmara. The victims – 37 different nationalities - continue to seek justice through the ICC. Some, including the victims attending tomorrow’s press conference, have received life-changing bullet-wound injuries. 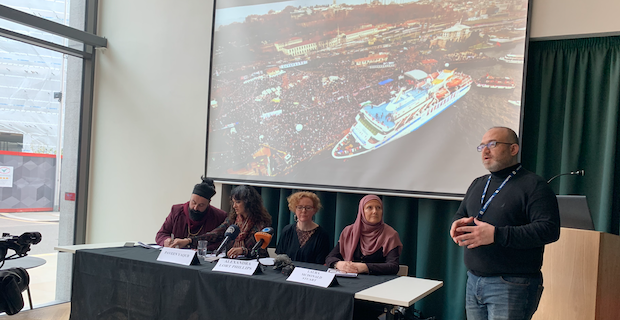 On 14 May 2013, a referral was made to ICC on behalf of the Comoros State, the flag state of the Mavi Marmara, requesting an investigation to be opened.

The United Nations has already found that the actions committed by the Israeli Defence Forces against the Flotilla were wholly disproportionate. Since then, the victims have sought, through the proper channels at the ICC, justice for the crimes committed against them. There is now profound concern that an intervention by an Israeli NGO last week at the court is unfounded and unjustified. This is coupled with smears against their character, including completely unproven allegations of criminality and terrorism.

Listing her preliminary findings in the decision issued on 6 November 2014, the ICC Prosecutor found that there was a reasonable basis to believe that IDF soldiers had committed war crimes:

‘War crimes have been committed in the context of the interception of the Mavi Marmara and other vessels in the Flotilla by IDF soldiers on 31 May 2010, including namely “willful killing, willfully causing serious injury to body and health, and committing outrages upon personal dignity…All the passengers of the Flotilla had the status of protected civilians under international law and the Israeli soldiers carried out the attack despite knowing the passengers were civilians.”

The Prosecutor further stated that “the autopsy reports of those killed indicate that they have received multiple shots in the head, legs and neck and at least 5 of the passengers who were killed were shot at close range.” 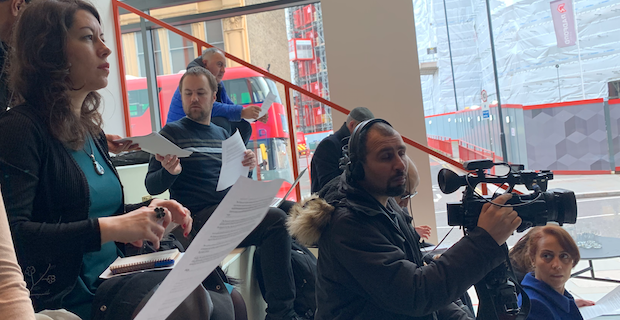 The Prosecutor refused to open an investigation into the attack, however, on the basis that it did not carry sufficient ‘gravity’ to justify further action by the Court. Following the appeals made by the lawyers of victims, the Court concluded that the Prosecutor erred in her decision.

In its recent decision issued on 15 November 2018, the ICC Pre-Trial Chamber once again found that the Prosecutor had erred and ordered her to reconsider. It has also requested the Prosecutor to reach a final decision by the deadline of 15 May 2019 to prevent further prolonging of the process.

The victims continue to call for justice at the ICC and will be pushing for that process to continue, unhindered and without outside influence and pressure. The Court process must be allowed to take its proper course.

Finally, the victims find the latest attempts to paint them as criminals, while they themselves were shot, defenseless, by heavily armed military forces, to be a profoundly slanderous, traumatic and damaging move by those outside actors aiming wrongly to influence the course of justice.

Keywords:
Mavi MarmaraMavi Marmara Victims
Your comment has been forwarded to the administrator for approval.×
Warning! Will constitute a criminal offense, illegal, threatening, offensive, insulting and swearing, derogatory, defamatory, vulgar, pornographic, indecent, personality rights, damaging or similar nature in the nature of all kinds of financial content, legal, criminal and administrative responsibility for the content of the sender member / members are belong.
Related News