Maliki's plea to the United States

Nouri al-Maliki has made a plea to the people of the United States in the New York Times. 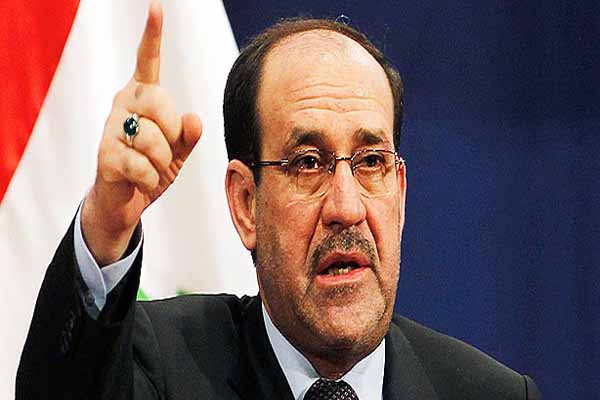 The Iraqi Prime Minister Nouri al-Maliki has told the New York Times that Iraq has still got a long way to go in order to restore peace, prosperity and democracy to the country. He also spoke of his desire to do so hand in hand with the United States.

Indeed, this utterance is not just a mere gesture of good will. Rather, it is a clear demonstration of the Middle-East’s search for a new power balance, as Iraq seeks US support in their battle against insurgency within the country by reminding Americans of the mutual interest in doing so.

Maliki has declared this to be his agenda for his scheduled meeting with US president Barack Obama on Friday. He also plans to discuss the threat of the spread of weapons as a result of the Syria civil war (and most likely the developments in negotiations between the US and Iran).

He also points out the importance of cooperation with the US government and arms firms in securing the necessary military equipment and technology his country desperately needs, describing the US as a key partner and the ‘corner stone’ of security in Iraq.

In mentioning that he in no way will supports his citizens in embroiling themselves in the ongoing sectarian violence in Syria, which has reached a breaking point as a result of clashing Baathist and Al Qaeda linked groups, he said that Iraq is determined to prevent external forces from using its territory, waterways and airspace from fuelling the Syrian conflict. However, their inability to do this stems from their relatively weak military in comparison to their much stronger neighbors.

Drawing attention to the fact that Iraq was the 161st nation to sign the Comprehensive Nuclear Test Ban Treaty, he asserted his government’s intention to make the Middle-East a nuclear weapons-free zone. This shows Iraq’s stance in the continuing negotiations over Iran’s nuclear program.

The Iraqi Prime Minister called for patience, blaming the shortcomings of his nation on its struggle with insurgency. While counting the steps his coalition government has taken to move towards democracy since being elected in 2003, he said the only solution to insurgency would be through economic development. He expressed his belief in Iraq’s economic potential, highlighting the important role played by US firms in helping his nation to achieve this.