'We are about to make a cabinet reshuffle and decrease the number of ministries to ensure a better performance to face the urgent situation,' Ali Zeidan told 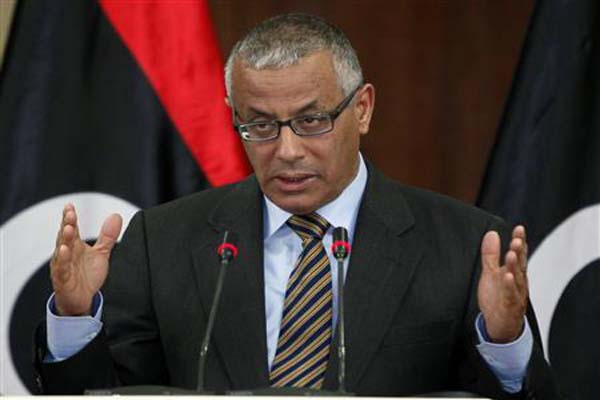 Libya's prime minister said he would reshuffle the cabinet and reorganise the government to cope with the "urgent" situation in the country following killings in the eastern city of Benghazi that sparked violent demonstrations. Hundreds took to the streets overnight to denounce the assassination of a prominent political activist and critic of the Muslim Brotherhood, Abdelsalam al-Mosmary, who was shot dead on Friday after leaving a mosque in Benghazi.  The demonstrations turned violent, and on Saturday protesters attacked the Benghazi and Tripoli offices of the Muslim Brotherhood's political party and the headquarters of a liberal political coalition in the capital.

Mosmary, one of the first activists to take to the streets in Libya's February 2011 uprising, was an outspoken opponent of the Brotherhood, whose Islamist political wing is the second biggest party in Libya's General National Congress (GNC). Two military officials were also killed in Benghazi on Friday.

Libya's government is struggling to assert its authority over armed groups that helped topple veteran leader Muammar Gaddafi in 2011, part of the wave of Arab Spring uprisings that also felled autocrats in Tunisia, Egypt and Yemen.

"We are about to make a cabinet reshuffle and decrease the number of ministries to ensure a better performance to face the urgent situation," Ali Zeidan told a news conference, without giving details. "What is happening is an attempt to obstruct the state's progression."

Zeidan referred to the assassinations in Benghazi but made no reference to the storming of the parties' offices.

Libya's border with Egypt was closed to prevent Mosmary's killers from fleeing, he said, with only cargo trucks allowed to pass.

Hundreds gathered outside Benghazi's Tibesti hotel, one of the main squares in the city for demonstrations, for funeral prayers for Mosmary before heading to a cemetery. They continued to shout anti-Brotherhood slogans.

There has been rising opposition in Libya to the influence of the Muslim Brotherhood, which has links to several government ministers. The movement has struggled to convince Libyans wary of foreign interference that it has no financial or administrative links to its namesake in Egypt, whose president Mohamed Morsi was overthrown by the army on July 3.

Tensions are also high between secularists and the ruling Islamists in Tunisia, where the funeral of an assassinated secular politician took place on Saturday.