Kazakhstan and the U.S. adopt joint statement on non-proliferation and nuclear security co-operation

During President Nursultan Nazarbayev's participation in the Nuclear Security Summit in Washington, Kazakhstan and the U.S. adopted a joint statement on non-proliferation and nuclear security co-operation 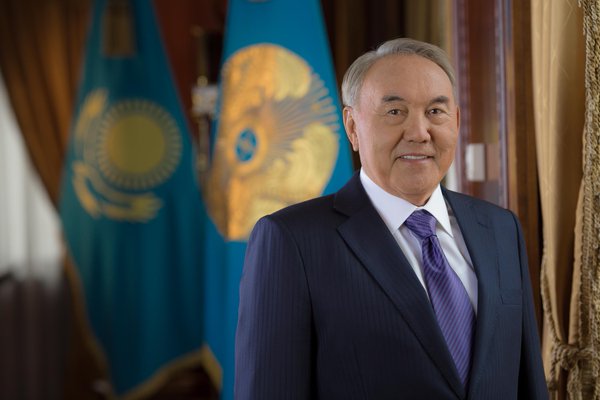 AVRUPA TIMES-During President Nursultan Nazarbayev's participation in the Nuclear Security Summit in Washington, Kazakhstan and the U.S. adopted a joint statement on non-proliferation and nuclear security co-operation. According to the Akorda's press service, the document lists a complex of specific measures taken by the two nations in order to increase security of the nuclear materials storage.

The sides also reiterated overall commitment to continue practical cooperation in that sphere.

The Republic of Kazakhstan and the United States of America have confirmed a shared commitment to implementing practical measures to strengthen the nuclear nonproliferation regime and enhance nuclear security.

The United States of America welcomes the Republic of Kazakhstan's activities to strengthen nuclear security and implement decisions of the Washington, Seoul and Hague Nuclear Security Summits.

Moreover, the parties have announced the successful elimination of all fresh highly enriched uranium (HEU) from the WWR-K research reactor in Kazakhstan by down-blending this material at Kazakhstan's nuclear fuel factory and emphasize the commitments of Kazakhstan to return the HEU spent fuel to the Russian Federation as soon as possible, thereby eliminating all HEU from the INP facility.

The parties welcome Kazakhstan's continued commitment to the conversion of the IVG.1M and IGR research reactors to LEU fuel when an acceptable LEU fuel becomes available and to return the HEU spent fuel from these reactors to Russia once their conversion is completed.

The parties support the efforts made by industry to implement new technologies without using sensitive nuclear materials, where technically possible and economically acceptable.

Furthermore, the parties are pleased with the joint efforts made to establish the Nuclear Security Training Center (NSTC). The Center will offer training in the areas of nuclear nonproliferation; material protection, control, and accounting; and countering the illicit trafficking of nuclear and other radioactive materials. Construction on the NSTC began in late 2015 and the center will be operational by the end of calendar year 2016.

The Republic of Kazakhstan and the United States of America attach importance to the Nuclear Security Summit process, underlining the importance of continued efforts aimed at strengthening nuclear security as well as ongoing collaboration between the parties on issues related to strengthening the nuclear nonproliferation regime.

The Kazakh leader also noted that during the negotiations with the EC President they touched upon a wide range of issues, including visa issues and further bilateral cooperation.

Jean-Claude Juncker, in turn, expressed hope for further development of commercial and economic cooperation. He emphasized that the European Union is one of the most important partners of Kazakhstan. Mr. Juncker also said that the EU counts on Kazakhstan's peacemaking impact since the country is an important player in the regional processes.