Karzai, 'US must stop their raids on our houses'

Karzai welcomed on Sunday the decision of the Loya Jirga to approve the proposed Bilateral Security Agreement with the US. 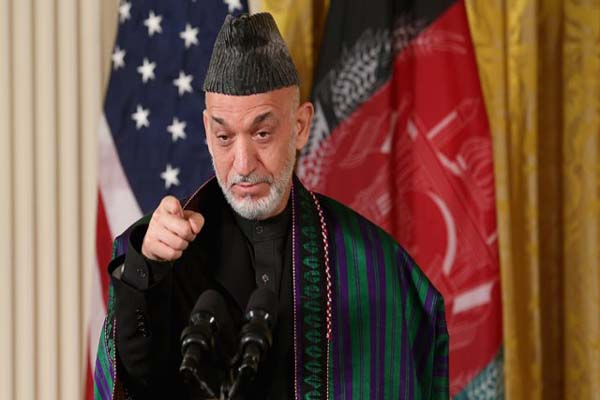 "Today, America has got the massage of friendship from Afghans," he told the 2500 delegates of the Loya Jirga.

"They have got the permission of having military bases, and they must also start thinking about peace in this country," he added.

Karzai asserted that it is not easy to let a foreign country have military bases in Afghanistan.

"If we are letting them to have their bases here, the US forces must completely stop their raids on our houses," he stressed.

Karzai has had serious discussions with US officials over civilian deaths and arrests by the US-led coalition forces in Afghanistan in the past years.

"They [American troops] must stop raiding our houses from now. If there was a single raid again, there is no agreement then," he claimed.

At the end of their four-day meeting, the Loya Jirga delegates have approved the proposed security deal with the US and urged Karzai to sign it as soon as possible.

The US has asked for nine military bases in Kabul, Herat, Kandahar, Mazar-e-Sharif, Helmand, Shindand, Bagram, Ningrahar and Gardez.

If signed, the deal will allow the long-term presence of US troops in the country despite next year's scheduled withdrawal of all US-led foreign forces.

Approving the controversial article on legal immunity to foreign troops, the Loya Jirga suggested that US troops should be tried by American courts inside Afghanistan to give Afghans the chance to monitor the process.