John Kerry told reporters on Saturday that the current series of meetings was intended to "narrow differences on a framework that will set guidelines for negotiations". 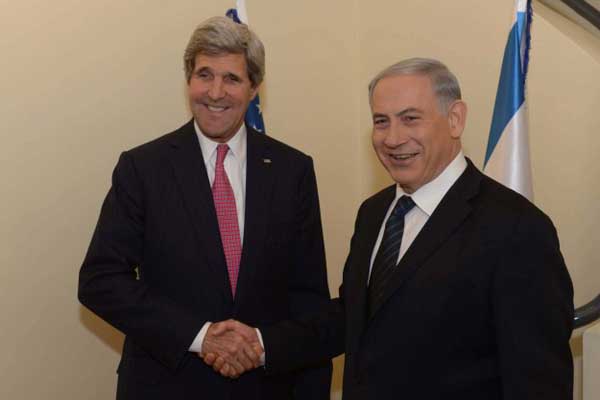 U.S. Secretary of State John Kerry met with Israeli Prime Minister Benjamin Netanyahu for framework agreement that will lead the peace accord between Israelis and Palestinians. After meeting with Palestinian President Mahmoud Abbas in Ramallah for second time in a day and Netanyahu in Jerusalem the other night, Kerry assessed the latest meeting. Netanyahu is reported to be saying that they won’t bow to external enforcements that would jeopardize Israel’s safety and pressure regarding the time. Citing that progress has been made between two sides, Kerry told reporters on Saturday that the current series of meetings was intended to "narrow differences on a framework that will set guidelines for negotiations". “I am confident that the talks we have had in the last two days have already fleshed out and even resolves certain kinds of issues and presents new opportunities for others” Kerry said. Israel’s tough stance regarding its own security, the state of 4.5 million Palestinian refugees, rejecting the 1967 borders, the statue of Jerusalem makes it difficult to find a common ground in peace negotiations brokered by the U.S.