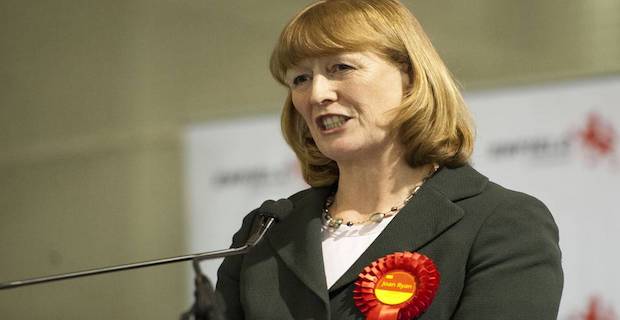 Joan Ryan MP has criticised the UK Government for failing to robustly challenge President Erdogan on the deteriorating human rights and political situation in Turkey, in a strongly worded letter to the Prime Minister.Ms Ryan expressed her disappointment that Prime Minister Theresa May and her Government Ministers welcomed President Erdogan “with open arms” to the UK last week, despite the fact that Turkey’s forthcoming elections, on 24 June, will be held under a State of Emergency – “severely curtailing the freedoms of expression, assembly and association”.

Ms Ryan also called on the Prime Minister to amend the statement she made during her joint press conference with President Erdogan, on 15 May, when the only reference Mrs May made to the Kurdish people related to the “extraordinary pressures” Turkey was facing from “Kurdish terrorism.” Insulted Kurdish constituents have contacted Ms Ryan about this inflammatory remark to say it could be interpreted that the Prime Minister is of the view that all Kurds are terrorists. “There is a vital distinction to be made between the actions of proscribed organisations and the peaceful, law-abiding Kurdish community”, Ms Ryan said to the Prime Minister.

Joan Ryan has secured a major debate in the main chamber of the House of Commons, on Thursday 7 June, to scrutinise the situation in Turkey before the elections. The debate will allow MPs the opportunity to reaffirm their strong support for democracy, the rule of law and human rights in Turkey and to question the UK Government on how they will seek to promote these values in their relationship with the Turkish authorities.

“I am very concerned about the current situation in Turkey.

The UK Government must vigorously defend human rights and democracy and should be prepared to hold President Erdogan and his government to account for their actions.

The Prime Minister must urgently address the issues I have raised in my letter and I look forward to debating these urgent matters in Parliament, during my debate on Turkey next month.

Keywords:
Joan Ryan MPSupport For DemocracyHuman Rights In Turkey
Your comment has been forwarded to the administrator for approval.×
Warning! Will constitute a criminal offense, illegal, threatening, offensive, insulting and swearing, derogatory, defamatory, vulgar, pornographic, indecent, personality rights, damaging or similar nature in the nature of all kinds of financial content, legal, criminal and administrative responsibility for the content of the sender member / members are belong.
Related News