Israeli PM to meet US Secretary Pompeo in Brussels 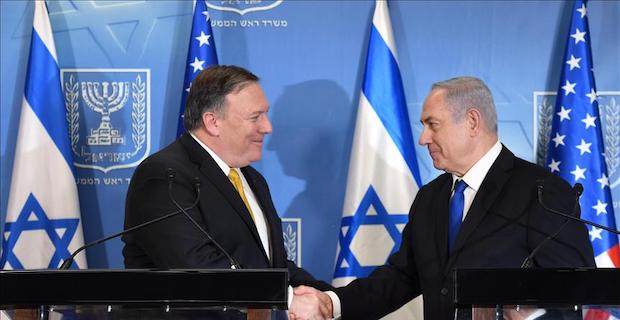 Israeli Prime Minister Benjamin Netanyahu will meet on Monday with U.S. Secretary of State Mike Pompeo in Brussels, according to a statement by his office.

Netanyahu is scheduled to leave Israel en route to Belgium later in the day.

During the meeting, both officials will discuss regional developments, the statement said.

Keywords:
Israeli PMUS Secretary PompeoBenjamin NetanyahuMike Pompeo
Your comment has been forwarded to the administrator for approval.×
Warning! Will constitute a criminal offense, illegal, threatening, offensive, insulting and swearing, derogatory, defamatory, vulgar, pornographic, indecent, personality rights, damaging or similar nature in the nature of all kinds of financial content, legal, criminal and administrative responsibility for the content of the sender member / members are belong.
Related News