Moshe Yaalon said that wide gaps remain in peace talks with the Palestinian side. 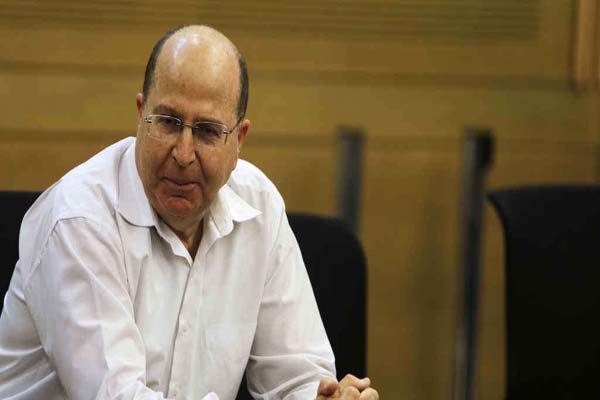 Israel's defence minister said on Tuesday wide gaps remain in peace talks with the Palestinians after U.S. Secretary of State John Kerry's latest visit and he cast doubt over the chances of reaching a final accord by an April target.

Negotiations on Palestinian statehood resumed in July after a three-year halt, with a nine-month target set for a permanent peace agreement, amid deep scepticism a deal could be achieved to end the decades-old conflict.

"We are attempting to achieve a framework for a continuation of negotiations for a period exceeding the nine months in which some thought that we would be able to reach a permanent agreement," Defence Minister Moshe Yaalon told reporters.

"It is clear there are big gaps - they are not new - but it is definitely in our interest to continue the talks," he said in broadcast remarks, without defining the differences.

The United States is trying to broker a "framework" of general guidelines - addressing core issues such as borders, security, the future of Palestinian refugees and the status of Jerusalem - with details to be filled in later.

Before wrapping up his 10th visit to the region on Monday, Kerry said the two sides were making progress but there was still a chance no accord would be reached.

Dan Shapiro, the U.S. ambassador to Israel, said on Tuesday that Kerry would return soon to continue his talks with Israeli and Palestinian leaders.

"We will take into account the suggestions, the requests and wishes of the parties and I hope and we will work so that in a few weeks, or perhaps a month - I don't know how long - we will be ready to present a proposal for a framework on all the core issues," Shapiro said in Hebrew.

A senior Palestinian official said the Palestinian side was seeking a written framework agreement.

"We want it to address concrete issues, such as saying the Palestinian capital will be 'East Jerusalem', not just 'in Jerusalem'," the official said.