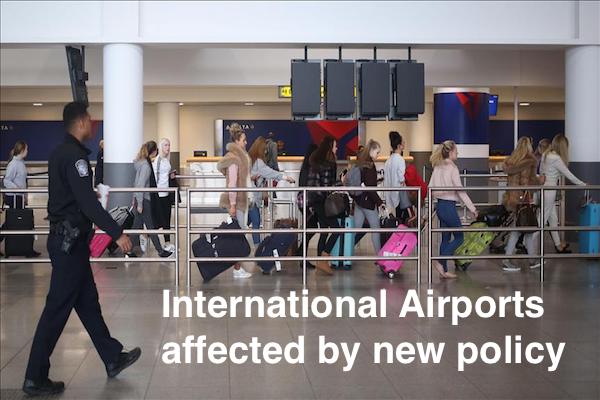 “These are risk-based decisions and TSA continuously assesses security risks and seeks to balance necessary security requirements with their operational impact on the industry,” the statement said, referring to the Transportation Security Administration. The British ban related to devices larger than 16 centimeters (6 inches) by 9 cm (3-and-a-half inches). “These new measures apply to flights into the U.K. and we are not currently advising against flying to and from those countries,” the U.K. government said in a statement. In Turkey, Transport Minister Ahmet Arslan complained that the U.S. ban was unfair.

“This practice is neither fair for our country nor for the United States,” he told journalists in Ankara.

“All kinds of precautions should be taken, however, we believe that it would be more productive and good for passengers’ wellness to be able to do their work on such devices [especially] during a journey of around 12 hours.”

He added: “Since yesterday, our officials have been talking with the U.S. authorities to step back from this practice or to reduce it.”

Turkish Airlines operate non-stop flights to the U.S. and the U.K. from Ataturk, which deals with more than 80 million flights annually.

“Turkey already takes all necessary precautions for a safe flight,” Arslan said. “How to implement this ban is not our concern. We worry about a possible decline in the number of passengers, their travel comfort and how they benefit from this practice.”