Hungarian migrant referendum to be invalid 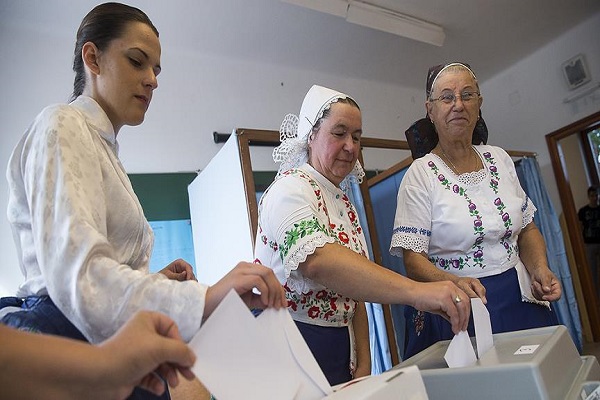 BUDAPEST, Hungary-Hungarian authorities said Sunday that the referendum on disputed EU migrant quotas was invalid due to low turnout. The National Election Office said in a statement that voter participation for the referendum was 43.29 percent, below the required 50 percent for it to be considered valid.

The referendum on Sunday asked citizens: "Do you want the European Union to be able to mandate the obligatory resettlement of non-Hungarian citizens into Hungary even without the approval of the National Assembly?"

Some 8.3 million people were eligible to vote across the country until 7 p.m. local time (1700 GMT).

The country's ruling Fidesz party and the radical nationalist Jobbik party support a “no” vote, while the main opposition Socialists and other political parties have proposed a boycott.

Despite an agreement reached by the EU Council last year to relocate 160,000 refugees from Italy and Greece, EU member states have so far relocated only 5,000 people.

However, the country, after having experienced a refugee influx in the past year, established fences on its borders with Serbia and Croatia -- actions that prompted international condemnation.