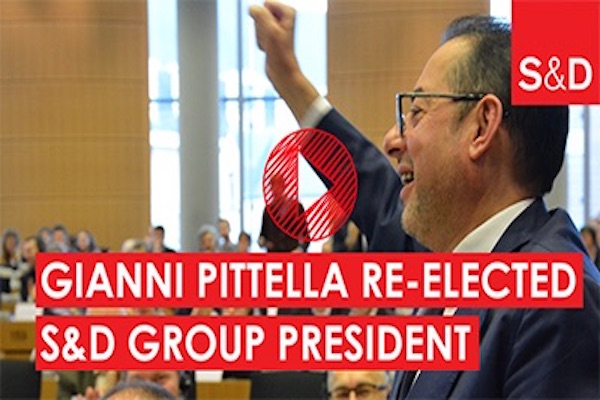 AVRUPA TIMES/LONDON-Gianni Pittella has today been confirmed president of the Socialists and Democrats Group by acclamation. This vote demonstrates a great unity and cohesion of the S&D Group around its leader who is standing as a candidate for the presidency of the European Parliament.

“I want to thank my colleagues for having confirmed their trust. It deeply reinforces my commitment to change this European Union to save Europe. Since 2014, the political landscape in Europe has dramatically changed. In front of the current European crisis, we want to open a new political phase in the European Parliament that overcomes the idea of an exclusive relationship solely with the Group of the European People's Party (EPP) and the Alliance of Liberals and Democrats for Europe (ALDE).

“The European Parliament – the only institution elected by the citizens – has the historical duty to become the pillar of a new EU devoted to growth, the social agenda, a migration policy based on solidarity and shared responsibility, to a more ethical political system and economy and that finally invests in a new sustainable development model.

“It is crystal clear that this programme for change cannot be carried out through an EPP monopoly over the EU Institutions. In the framework of a fair institutional balance, a socialist president of the EU Parliament is the only prerequisite condition for this change.

“This is the Europe citizens want. For this Europe I will keep fighting.”