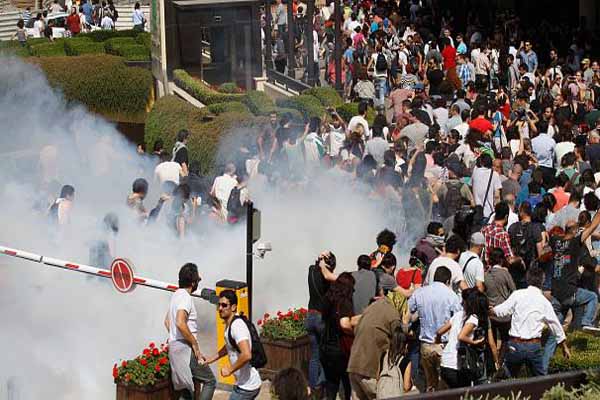 The European Parliament plenary session today held - upon request of the Socialists and Democrats Group - a debate on the recent events in Turkey, where 12 days of protests and demonstrations against government construction plans in Istanbul have resulted in 4 dead and over 5,000 people injured so far.

Hannes Swoboda, president of the Socialists and Democrats Group in the European Parliament, condemned the violent response of police forces in Turkey during the debate:

"We condemn in the strongest terms the violence - four people died, thousands are injured, and now children are attacked with teargas - and we condemn the ignorant and autocratic response and rhetoric of Mr Erdoğan. He must understand that leading a democratic country means representing the entire population, and not waging war against those that disagree.

"We demand that the chapters 23 and 24 in the Turkish EU accession negotiations (Judiciary & Fundamental Rights and Justice, Freedom & Security respectively) are opened immediately. This is where there are problems and this is what we must address urgently: free speech and the rule of law in Turkey."

"The demonstrator's concerns must be addressed through a real dialogue for which the constitutional process - if truly open and inclusive - could be the ideal platform. It should not just be about Gezi park, but also about the foundations of Turkish democracy."