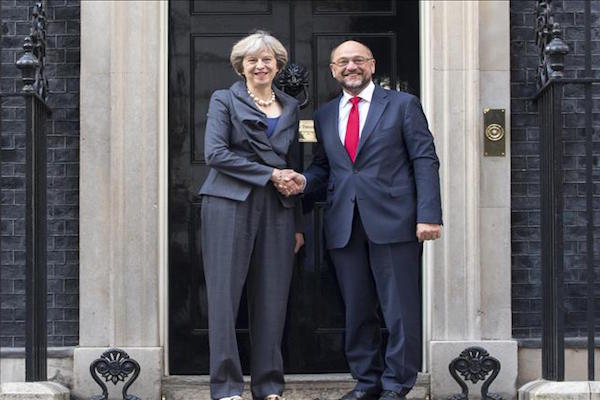 “While understanding complexity, I stressed why EP sees need for triggering article 50 as soon as possible and stressed EP’s clear stance on upholding four freedoms,” Schulz said via Twitter after the meeting, in reference to the free movement of goods, capital, services and persons.

Article 50 of the Treaty of Lisbon is the formal mechanism that opens two-year negotiations for ending EU membership.

As part of his two-day visit to the U.K., Schulz is expected to meet Jeremy Corbyn on Friday and deliver a speech at the London School of Economics.