EU President Donald Tusk has said NATO is not obsolete 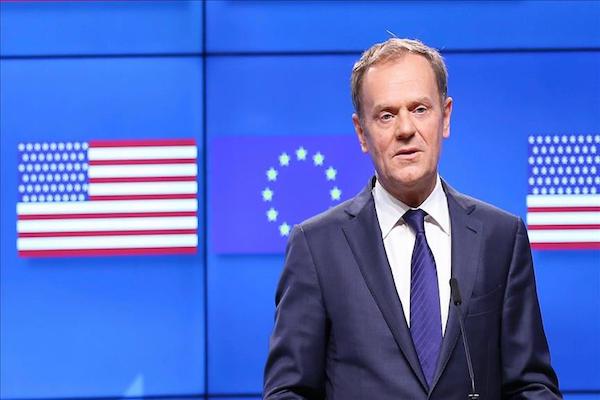 Speaking at a press conference after meeting with Pence on Monday, Tusk said: “We should also, I believe, agree on one thing: the idea of NATO is not obsolete, just like the values which lay at its foundation are not obsolete. Let us discuss everything, starting with financial commitments -- but only to strengthen our solidarity, never to weaken it."

Tusk said the European Union always counted on "the United States’ wholehearted and unequivocal" support for the idea of a united Europe, adding a united Europe made the world a better place.

"Americans know best what great value it is to be united, and that becoming divided is the prelude to a fall. It is in the interest of us all to prevent the disintegration of the West. And, as for our continent, in this respect we will not invent anything better than the European Union."

In the meeting with Pence, Tusk said he asked about three key issues: international order, security, and the attitude of the new U.S. administration towards the European Union.

"Today, I heard words which are promising for the future, words which explain a lot about the approach of the new administration in Washington," he said.

He thanked the vice president for the meeting. "Too much has happened over the past months in your country, and in the EU; too many new, and sometimes surprising opinions have been voiced over this time about our relations - and our common security - for us to pretend that everything is as it used to be.

"Firstly, I expressed my belief that maintaining order based on the rules of international law, where brute force and egoism do not determine everything, lies in the interest of the West," Tusk said, adding: "Maintaining that order can only be enforced through a common, mutually supportive and decisive policy of the whole of the Western community."