A Brexit deal has been agreed between UK and EU negotiating teams before a meeting of European leaders in Brussels. 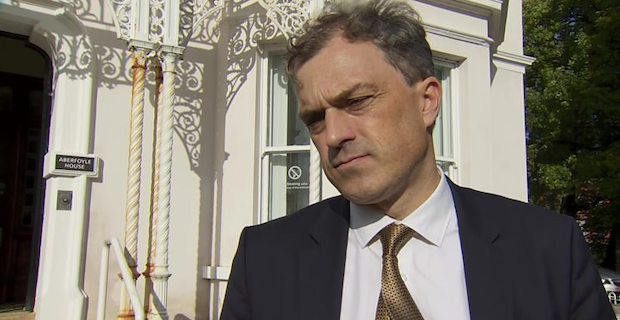 Prime Minister Boris Johnson tweeted: "We've got a great new deal that takes back control." The two sides have been working on the legal text of a deal, but it will still need the approval of both the UK and European parliaments.  The DUP has said it will not vote for the deal, potentially scuppering it. In a statement, the Northern Irish party, which the government relies on for support in key votes, said: "These proposals are not, in our view, beneficial to the economic well-being of Northern Ireland and they undermine the integrity of the Union."

They added: "Saturday's vote in Parliament on the proposals will only be the start of a long process to get any Withdrawal Agreement Bill through the House of Commons."

Labour leader Jeremy Corbyn said the deal sounded "even worse" than what was negotiated by the PM's predecessor, Theresa May, and "should be rejected" by MPs.

But European Commission President Jean-Claude Juncker said it was a "fair and balanced agreement".

Both he and Mr Johnson have urged their respective parliaments to back the deal.

No 10 sources have told the BBC's political editor Laura Kuenssberg that Mr Johnson will later ask EU leaders to reject requests for an extension to the Brexit deadline of 31 October.

MPs passed a law in September that requires the PM to request an extension on 19 October if Parliament has not agreed a deal or backed leaving without a deal by that date.

MPs are voting on whether to hold an extra sitting in the Commons on Saturday to discuss the next steps.

Cabinet Office minister Michael Gove said if the sitting was approved, the government would hold a vote on the deal.

He said he was "not contemplating defeat", but if the plan did not get the backing of MPs, the alternative was leaving without a deal.

The DUP has been in an agreement with the Conservative Party since the 2017 election, which, in the past, gave the government a working majority.

But after resignations and the removal of the party whip from more than 20 Tory MPs in recent weeks, Mr Johnson now could face a tough battle to get his deal through Parliament.

Mr Barnier said he and Mr Juncker had been told by the PM "he has faith in his ability to convince the majority he needs in the House of Commons".

Keywords:
Prime Minister Boris JohnsonBrexitBrexit DealEUEuropean Parliament
Your comment has been forwarded to the administrator for approval.×
Warning! Will constitute a criminal offense, illegal, threatening, offensive, insulting and swearing, derogatory, defamatory, vulgar, pornographic, indecent, personality rights, damaging or similar nature in the nature of all kinds of financial content, legal, criminal and administrative responsibility for the content of the sender member / members are belong.
Related News