Ertuğruloğlu, Turkish Armed Forces will continue to exist in Cyprus

isolations and embargoes imposed on the Turkish Cypriots 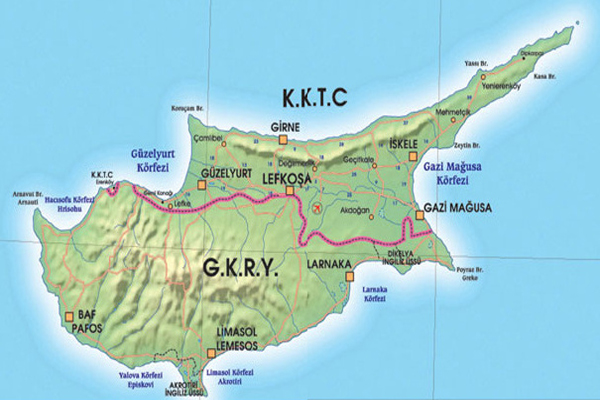 AVRUPA/LONDON-President Akıncı will also travel to Ankara this evening. Besides his high level meetings in Turkey, President Akıncı will also attend the working sessions of the negotiation team. Siber: If negotiations fail, lifting isolation and embargoes “should be the primary goal” Speaker of the Assembly Sibel Siber has stated that in the event of failure in the negotiations, the primary goal should be lifting the isolations and embargoes imposed on the Turkish Cypriots.

Siber received the Turkish Deputy Prime Minister Tuğrul Türkeş and his accompanying delegation yesterday. During the meeting, Siber stressed that the Cyprus negotiations have entered a new dimension, and that this process is considered as the final phase, and expressed her hope that a solution can be reached in Cyprus. Siber added that in the event the negotiations fail, the result should be evaluated in an objective manner, and that Turkish Cypriots should not be punished by the global public opinion and the United Nations.

Siber underlined that Turkish Cypriots desire a solution based on bi-communality, bi-zonality, and political equality. The Speaker stressed that this model for a solution has been subject to 50 years of negotiation, and that a new model should be found should the negotiations collapse.

In his speech, Türkeş said that Turkey desires the unjust isolations imposed on the Turkish Cypriots to be lifted as soon as possible. He pointed out that the whole world should be able to see which side does not want a solution to be found in Cyprus.

Ertuğruloğlu: “Turkish Armed Forces will continue to exist in Cyprus”

Foreign Minister Ertuğruloğlu was replying to questions from an AA reporter regarding the Cyprus negotiation process and the Conference on Cyprus that will reconvene on 28 June in Crans-Montana.

Ertuğruloğlu stressed that Turkish and Greek Cypriots were old partners during the establishment of the Republic of Cyprus. However, he emphasized that the main problem now is the attitude of the Greek Cypriot side which considers Turkish Cypriots a minority instead of a partner. Ertuğruloğlu also said that it is the Turkish Cypriot side who desires and requests an agreement in Cyprus, and that if an agreement is not reached, this should be officially declared by the UN. “We are expecting Crans-Montana to be the last stop” said Ertuğruloğlu.

Emphasizing that Turkey should have a unilateral right to intervention in case the Greek Cypriot side tries to take over the control of the whole island again, as they did in 1963, he said that the presence of the Turkish Armed Forces will be maintained on the island and that Turkey will have the right to unilaterally intervene if required.