Erdogan tells Putin 'save us from EU'

Erdogan said that Turkey would be saved from the compelling EU process with Shanghai Cooperation Organization membership. 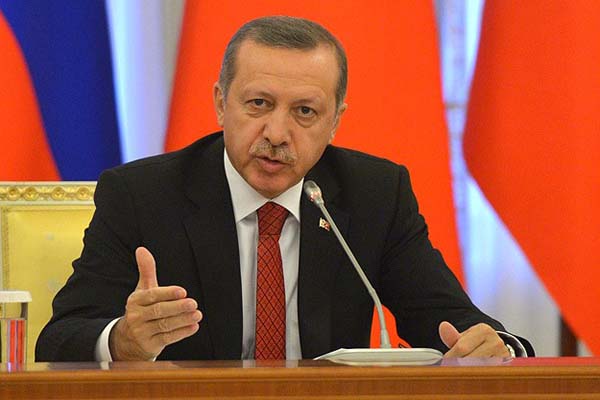 Turkish Prime Minister Recep Tayyip Erdogan asked the Russian president Vladimir Putin to accept Turkey into the Shanghai Cooperation Organization at a joint press conference in St. Petersburg on Friday.  In the conference, Erdogan said that Turkey would be saved from being compelled by the EU should it gain membership to the Shanghai Cooperation Organization. Meanwhile, Putin said Western states must convince the Syrian opposition to attend proposed talks with President Bashar Al-Assad's government in Geneva and expressed hope that the conference would take place "as soon as possible". "Russia took on the responsibility of convincing the Syrian leadership. We did our part. It is up to our partners, who must convince the opposition to do the same," Putin said. Erdogan opened the fourth session of the Russian-Turkish High-Level Cooperation Council in Russia.

Stating that relations between Russia and Turkey had reached an enviable point, the Turkish PM said mutual cooperation would improve in military, political, economic and cultural fields.

The main goal of the council was to establish a body that contributes to the relations between Turkey and Russia in all areas including political, cultural, economic and humanitarian.

The two have signed 29 agreements since the foundation of the council.