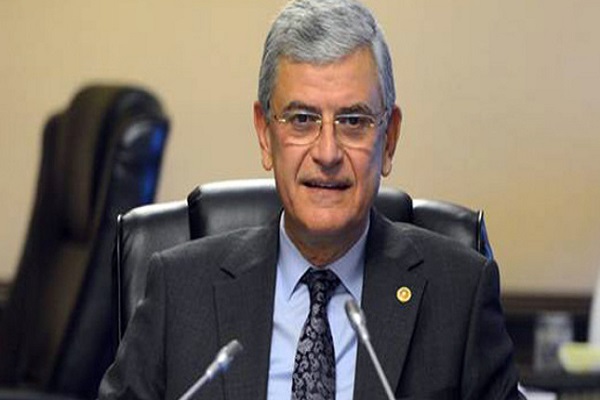 Speaking to journalists in Strasbourg on the sidelines of his meetings at the EP and the Council of Europe, Bozkir said the EP was still "rigid" on the condition for Turkey to change its anti-terrorism law and does not want to move the process forward.

He added that during the presentation of its monitoring report on May 4, the European Commission did not present the question of changing the law as part of a "test" but a simple "recommendation."

Bozkir said there seems to be a "misunderstanding" on the part of the EP.

"The European Parliament does not seem motivated to address the issue of the visa exemption as long as the suggestion of the Commission is not achieved by Turkey. Despite our many discussions with leaders from the parliament, it seems impossible to move forward with them on the visa issue," Bozkir said.

He said it seems a must to refer to the Commission to clarify expectations and criteria considered by the European Parliament.

Bozkir ruled out on Wednesday any changes to Turkey’s anti-terror law.

He said it remains “impossible” for the country to accept changes to its anti-terror legislation amid ongoing violence from the PKK.

Last week, the European Commission proposed visa-free Schengen zone travel for Turks as part of a deal which would see Turkey stem the refugee flow to Europe in exchange for speeding up the candidate country’s EU membership.

However, among five remaining benchmarks for Turkey to address in order to receive visa-free travel, the EU has called for changes to Ankara's legislation on terrorism – a demand criticized and rejected by President Recep Tayyip Erdogan.