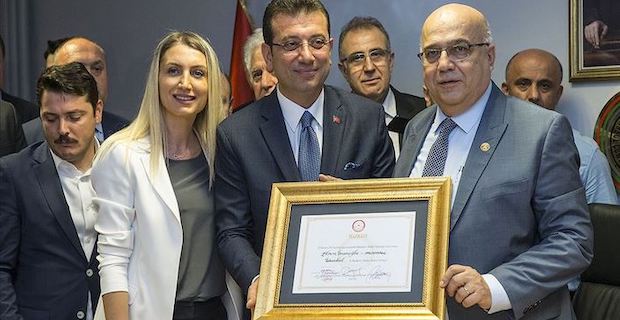 Istanbul’s mayor on Thursday got a certificate of election for the second time this year, after a do-over election in which he won a comfortable margin of victory.

After nationwide local polls on March 31, and Ekrem Imamoglu got his first certificate of election, Turkey’s election authority cancelled the results, citing irregularities and illegalities.

Then in a June 23 do-over poll, Imamoglu, of the Republican People's Party (CHP), won 54.21% of the votes, leading ruling Justice and Development (AK) Party candidate Binali Yildirim to concede the race. 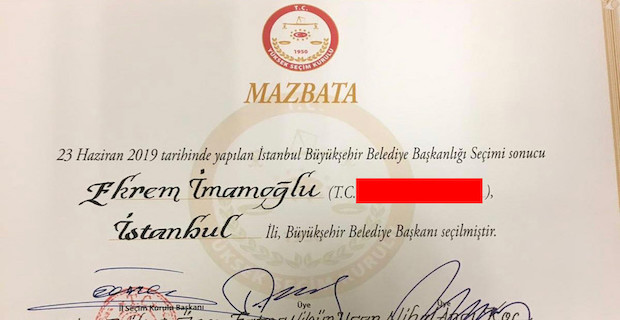 Turkey's election authority certified the results of the new race on this Tuesday.

The certificate puts Imamoglu in the top post of the city of Istanbul, a megalopolis of some 16 million people, and Turkey's financial capital.

Keywords:
Ekrem ImamogluIstanbul MayorCHP
Your comment has been forwarded to the administrator for approval.×
Warning! Will constitute a criminal offense, illegal, threatening, offensive, insulting and swearing, derogatory, defamatory, vulgar, pornographic, indecent, personality rights, damaging or similar nature in the nature of all kinds of financial content, legal, criminal and administrative responsibility for the content of the sender member / members are belong.
Related News