On March 31, Turkey will hold its first municipal polls since 2014 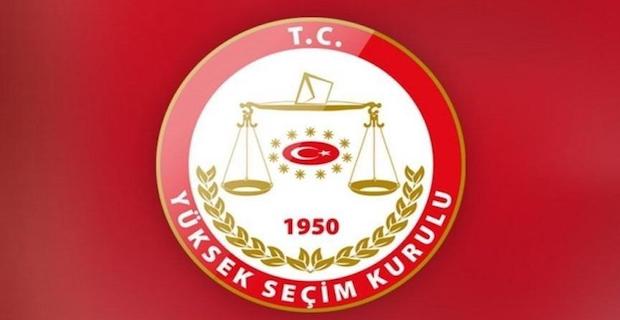 The countdown for Turkey’s local polls -- set to be held on March 31 -- kicked off Tuesday, according to an electoral calendar released by the Supreme Election Council.

On Jan. 2, the council will disclose the political parties that will run in the polls.

The Nationalist Movement Party (MHP) is expected to take part the race in an alliance with the ruling Justice and Development (AK) Party, while the main opposition Republican People’s Party (CHP) is expected to ally with the Good (IYI) Party.

The AK Party has nominated Mehmet Ozhaseki, its deputy chairman and a former environment and urbanization minister, for mayor of capital Ankara in the upcoming election.

Former Economy Minister Nihat Zeybekci has been nominated by the AK Party for mayor of Izmir, while Binali Yildirim, current parliament speaker and former prime minister, will run for mayor of Istanbul.

The CHP, meanwhile, has nominated Ekrem Imamoglu for mayor of Istanbul and Mansur Yavas for Ankara mayor.

Along with metropolitan, provincial and district mayors, voters will also elect municipal council members in cities and -- in rural areas -- muhtars and members of elder councils.

The last local elections were held in March 30, 2014, which saw the AK Party clinch more than 45.5 percent of the vote.

Jan. 2: Names of political parties that may run in the polls will be announced.

Jan. 27: Order of political parties’ names on ballot papers will be determined by lots drawn by the Supreme Election Council.

Feb. 22: Temporary lists of candidates for provincial and district mayors will be announced. Lists will be subject to appeal until March 3.

Feb. 28: Voter notification cards will begin being distributed (until March 24).

Keywords:
Supreme Election CouncilTurkeys Local PollsAK PartyNationalist Movement Party
Your comment has been forwarded to the administrator for approval.×
Warning! Will constitute a criminal offense, illegal, threatening, offensive, insulting and swearing, derogatory, defamatory, vulgar, pornographic, indecent, personality rights, damaging or similar nature in the nature of all kinds of financial content, legal, criminal and administrative responsibility for the content of the sender member / members are belong.
Related News