Canadians head to polls Monday to elect next government 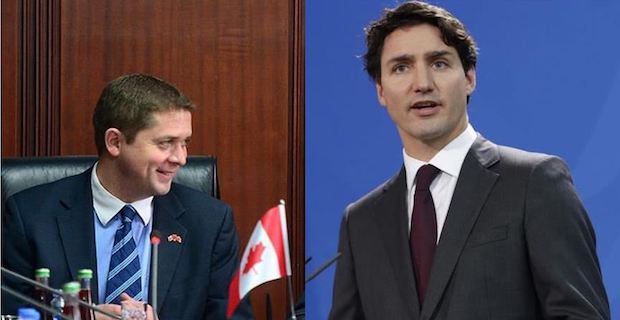 Canadians will go to the polls on Monday, a race that is considered a referendum on the leadership of current Prime Minister Justin Trudeau. Voters will decide whether to reelect the ruling Liberals or opt for another party to form the country's next government. The top contenders are the Liberals, currently in power under Trudeau who is looking to win a second four-year term, and the Progressive Conservatives led by Andrew Scheer. This is Scheer’s first campaign as a party leader.

The Liberals and Conservatives have dominated Canadian elections since Canada became a self-governing country within the British Empire in 1867, with the Liberals having governed for almost 69 years during the 20th century, the longest of any political party in a developed country.

The four other parties in the race include: the New Democratic Party (NDP) formed by the merger of two pro-union parties in 1961; the Green Party came into being in 1983; the Bloc Quebecois in 1991; and the People’s Party is running in a federal election for the first time.

The latest polls place the Liberals and Conservatives in a dead heat leading up to Monday’s vote.

This could produce a minority government if neither the Liberals nor Conservatives capture 170 seats of 338 in the House of Commons, necessary to form a majority government.

NDP leader Jagmeet Singh is in his first campaign and has already said he would be open to form an alliance with the Liberals to stop the Conservatives from power.

The Conservatives are touting to balance the budget, projected to be $16.5 billion in 2019-29. The NDP and Liberals, on the other hand, are vowing to spend billions in various ways such as infrastructure.

This marks the 43rd federal election in Canada.

Canada has 10 provinces and three territories that have governments with specific areas of authority, but the overall government belongs to the federal government based in Canada’s capital, Ottawa, and allocates money to provinces.

Canadians vote for individual members of parliament running in an area called a riding. There are 338 ridings, hence 338 seats in the House of Commons.

The election is a "first past the post" system, meaning the candidate who receives the most votes in a riding wins a House of Commons seat. Each party leader must run as a candidate in a riding and it is possible for a party to win the election while its leader loses.

Since 1929, election days have always been on Monday, unless it coincides with a federal or provincial holiday.

The Liberals won 184 parliamentary seats in 2015 and formed a majority government.

Keywords:
Justin TrudeauCanada
Your comment has been forwarded to the administrator for approval.×
Warning! Will constitute a criminal offense, illegal, threatening, offensive, insulting and swearing, derogatory, defamatory, vulgar, pornographic, indecent, personality rights, damaging or similar nature in the nature of all kinds of financial content, legal, criminal and administrative responsibility for the content of the sender member / members are belong.
Related News