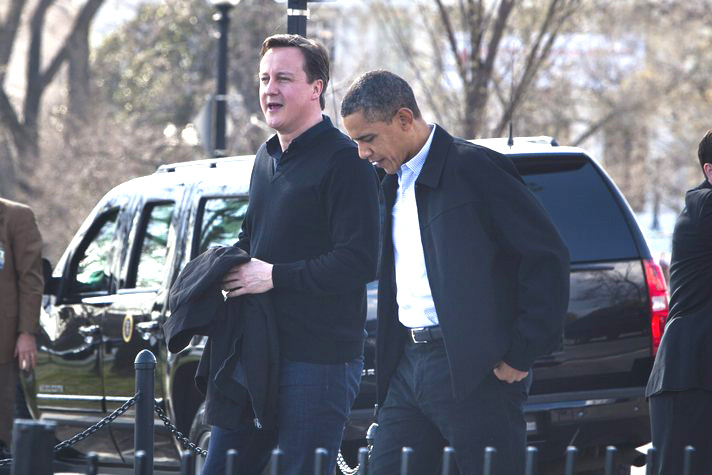 A Downing Street spokesperson said that Cameron and Obama welcomed the progress that is being made on the destruction of the Assad regime's chemical weapons stockpile and the White House acknowledged the UK and US's important international contributions to this effort.

The Prime Minister's office noted that they also discussed the growing security challenge posed by extremist groups in Syria and the region and stressed the importance of finding a political solution to the conflict ahead of Geneva II Conference as well as the need to address the growing humanitarian crisis caused by the conflict.

The two leaders discussed the bilateral security agreement between Afghanistan and the US to build a framework for US forces in Afghanistan after 2014 as part of a "train, advise and assist" mission. The trilateral process between Pakistan's Prime Minister Nawaz Sharif, Afghan President Hamid Karzai and Cameron on their continued commitment for the Afghan peace process and the forthcoming Afghan Presidential election was also discussed. Obama expressed support for Cameron's ongoing efforts to encourage the leaders of Afghanistan and Pakistan to take concrete steps toward peace and stability" it was said.

The two leaders talked on the results of the all-party talks among Northern Ireland's political parties and they stressed the need for the political parties to agree to concrete next steps on the Haass proposals, implement the Building a United Community initiative which is the executive’s commitment to improving community relations and continuing the journey towards a more united and shared society, and more broadly, continue to advance progress on the peace process in Northern Ireland.