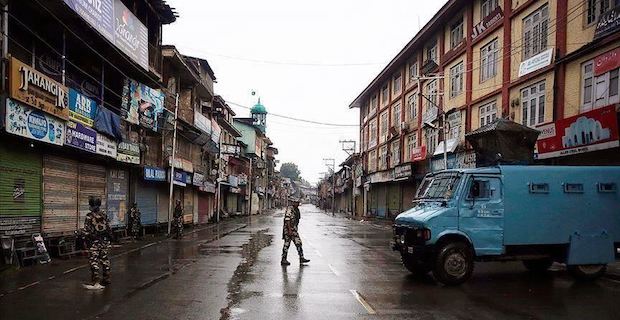 A British member of parliament critical of India’s handling of the disputed Kashmir region said Monday that she has been denied entry to the country. Debbie Abrahams is an MP for the center-left, main opposition Labour Party as well as the chair of the all-party parliamentary group for Kashmir.

Last August, she wrote to the British foreign secretary that her parliamentary group was concerned about India’s decision to downgrade Kashmir’s status from state to federal territory, thus stripping the region of its semi-autonomy. She said the move “betrayed the trust of the people of Jammu and Kashmir.”

On Monday, she flew from Dubai in the United Arab Emirates (UAE) to Delhi for a personal two-day visit. Despite being in possession of a visa valid until October 2020, she was denied entry and flown back to the UAE. Indian immigration officials refused to give a reason for their decision.

“I presented myself at the immigration desk with my documents including my e-visa, had my photograph taken and then the official looked at his screen and started shaking his head. Then he told me my visa was rejected, took my passport and disappeared for about 10 minutes,” she said in her statement.

“When he came back, he was very rude and aggressive, shouting at me to ‘come with me.’ I told him not to speak to me like that and was then taken to a cordoned-off area marked as a deportee cell. He then ordered me to sit down and I refused. I didn’t know what they might do or where else they may take me, so I wanted people to see me,” she said.

"After lots of different immigration officials came to me, I tried to establish why the visa had been revoked and if I could get a 'visa on arrival,' but no-one seemed to know," she said.

"I'm prepared to let the fact that I've been treated like a criminal go, and I hope they will let me visit my family and friends," she said.

Access is strictly limited to Kashmir, where foreign journalists are not allowed to enter.

Keywords:
British MPKashmir CriticismDebbie Abrahams
Your comment has been forwarded to the administrator for approval.×
Warning! Will constitute a criminal offense, illegal, threatening, offensive, insulting and swearing, derogatory, defamatory, vulgar, pornographic, indecent, personality rights, damaging or similar nature in the nature of all kinds of financial content, legal, criminal and administrative responsibility for the content of the sender member / members are belong.
Related News