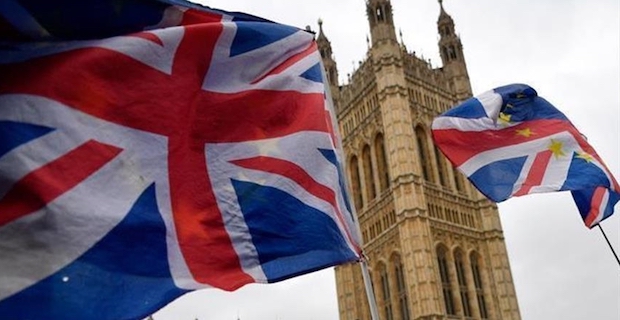 The Labour party contingency of Britain’s parliament lost more blood Friday, with a ninth MP leaving Labour in less than a week, blasting alleged anti-Semitism in the party leadership.

Ian Austin, representing Dudley North in the West Midlands, chose the local paper Express and Star to make his announcement, in a guest op-ed slamming the party as “broken.”

Citing the alleged anti-Semitism in the party, Austin said he was “appalled at the offence and distress [leader] Jeremy Corbyn and the Labour party have caused to Jewish people.”

“I always tell them the truth and I could never ask local people to make Jeremy Corbyn prime minister,” he said.

“It is terrible that a culture of extremism, antisemitism and intolerance is driving out good MPs and decent people who have committed their life to mainstream politics,” he wrote.

He said that he had not spoken to the new Independent Group, now made up of eight Labour MPs and three former Conservative MPs.

“The hard left is now in charge of the party, they’re going to get rid of lots of decent mainstream MPs and I just can’t see how it can return to the mainstream party that won elections and changed the country for the better,” Austin said.

He added: “I think the Labour party is broken and clearly things have to change but that’s not what today is about, and I’ve not talked to them about that.”

A Labour spokesman said the party “regrets” Austin quitting, adding: “He was elected as a Labour MP and so the democratic thing is to resign his seat and let the people of Dudley decide who should represent them."

Earlier this week, amid the continuing chaos over Brexit, a group of seven MPs resigned from Labour and said they would stay in parliament as independent lawmakers, followed soon thereafter by an eighth.

Keywords:
Jeremy CorbynLabour MP
Your comment has been forwarded to the administrator for approval.×
Warning! Will constitute a criminal offense, illegal, threatening, offensive, insulting and swearing, derogatory, defamatory, vulgar, pornographic, indecent, personality rights, damaging or similar nature in the nature of all kinds of financial content, legal, criminal and administrative responsibility for the content of the sender member / members are belong.
Related News