Brexit: May heading to Brussels amid scramble to finalise deal

Theresa May will meet EU officials later as the two sides scramble to finalise a Brexit deal in time for Sunday's summit of European leaders. 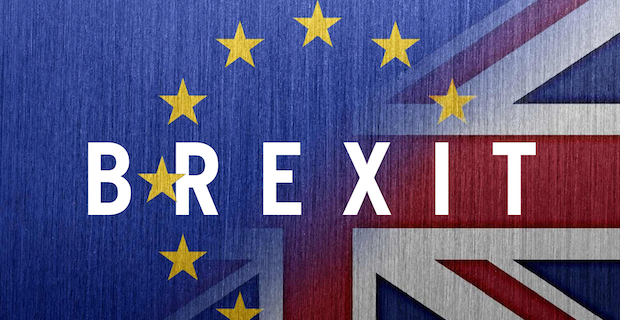 The EU missed its deadline on Tuesday to complete the text of its declaration on future relations with the UK, amid concerns from several member states.

Stumbling blocks remain over UK access to the EU single market, access to UK waters for EU boats and Gibraltar.

The PM is under pressure from her own MPs not to give any further ground.

It comes as the new work and pensions secretary Amber Rudd appeared to rule out the option of a no-deal Brexit.

The BBC's Norman Smith said Ms Rudd's stance appeared to be at odds with the prime minister, who has warned that if her deal is voted down by MPs there will either be no deal or "no Brexit".

Mrs May has also repeatedly warned that she believes that "no deal is better than a bad deal".

She said MPs would "take a careful look over the abyss" and decide it was in the "best interests of the country" to vote for Theresa May's Brexit withdrawal agreement.

She later added that she had come to this view "having spent the past six to seven months on the backbenches talking to various other backbenchers".

"If the prime minister's deal is rejected then MPs will not sit back and allow us to crash out of the EU without an agreement. Parliament will take back control.

"After these comments from Amber Rudd, it's time for the government to drop the false choice between a bad deal and no deal, and to come forward with a plan that can command the majority support of Parliament."

Mrs May appears to have faced down the threat of a challenge to her position from Brexiteer critics of the deal, for the time being at least.

However, Tory MPs unhappy with Mrs May's handling of Brexit negotiations want much more clarity on the terms of the UK's future co-operation with the EU if they are to back the final deal - which will be put before European leaders this weekend.

All sides in the Commons have warned of a "blind Brexit" in which the UK signs up to a series of legally-binding commitments in the draft withdrawal agreement, without similar guarantees over future trading arrangements.

The withdrawal deal was agreed in principle by both Mrs May and the EU last week. It includes a £39bn "divorce bill" and the controversial customs "backstop" which keeps the UK temporarily in the EU customs union as a way of preventing the return of manned customs posts at the Irish border.

However, the joint political declaration on future relations - still being drafted - would only set out the shape of the UK's trading relationship with the remaining 27-nation bloc, without any legal commitments.

Any binding trade deal would still have to be thrashed out in the 21-month transition period after Britain leaves the EU on 29 March 2019.

The BBC's political editor Laura Kuenssberg said some UK ministers still believed there was time for a few "nips and tucks" to the withdrawal agreement reached in principle last week.

During a flying visit to Brussels designed to prepare the ground for this weekend's summit of EU leaders, Mrs May will hold talks with European Commission president Jean-Claude Juncker.

The prime minister departs for Brussels with her position seeming more secure, despite a week of cabinet resignations and political plotting to remove her from post.

On Tuesday one of Mrs May's most ardent critics, Jacob Rees-Mogg, said the time "is now" for fellow backbenchers to either force a confidence vote in Mrs May or have her lead the party into the next election.

But he accepted it could be next month before the required threshold of 48 letters needed to trigger a contest was reached.

The prime minister's allies insist she would win any confidence vote, with party rules meaning she would then be immune from a challenge for 12 months.

And a YouGov poll commissioned by the Times suggests that 46% of votersbacked Mrs May staying in post, against just 33% a week ago.

Keywords:
BrexitTheresa MayBrussel
Your comment has been forwarded to the administrator for approval.×
Warning! Will constitute a criminal offense, illegal, threatening, offensive, insulting and swearing, derogatory, defamatory, vulgar, pornographic, indecent, personality rights, damaging or similar nature in the nature of all kinds of financial content, legal, criminal and administrative responsibility for the content of the sender member / members are belong.
Related News