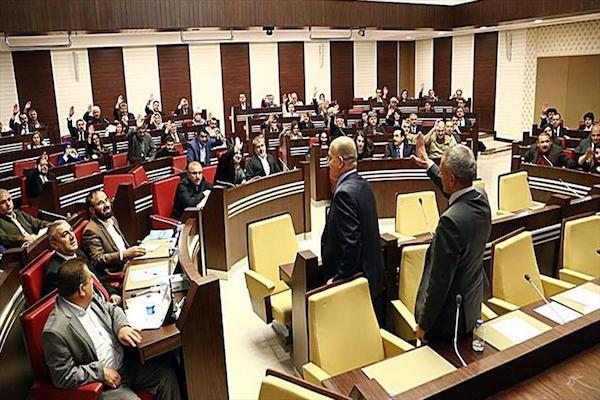 At a panel discussion at Erbil’s Cihan University, held under the banner "Independence for the KRG: Obstacles and opportunities", Hemin Hawrami said there were both “internal and external impediments” to the KRG’s independence. “Even the Kurds themselves are divided on the issue,” he asserted. In regard to what he described as the "Baghdad obstacle", Hawrami said there were three major opinions on the issue among officials in Iraq’s capital. "The first view, which is relatively weak, is that Kurds are already heading for independence and there is nothing that can stop it,” he said.

“But this opinion is held by few people and they don't have much influence on decision-making," he added.

"A second view holds that Kurds shouldn’t rush into independence and should instead wait for general elections in 2018,” Hawrami said.

“Those who support this view hope a new political agenda may emerge and think that Baghdad should be negotiated with," he added.

"The third view,” he went on to note, “is entirely opposed to the KRG’s independence and any steps taken in this direction.”

Noting that the international community's stance on the issue -- especially that of the U.S. and the EU -- remains vague, Hawrami referred to recent diplomatic talks he attended along with Barzani.

"At the 53rd Security Summit in Munich, President Barzani referred to the independence issue at all our meetings," he said.

"No country in attendance said they would oppose holding a referendum [on independence] or the results if it is held,” he added. “But they didn't explicitly say they would back us up either."

Hawrami went on to assert that it would be unrealistic to expect that a unilateral declaration of independence would be welcomed by all parties.

"Independence of the [Kurdish] region will be a long process, but our position is unequivocal,” he said. “There’s no going back to pre-Daesh Iraq."