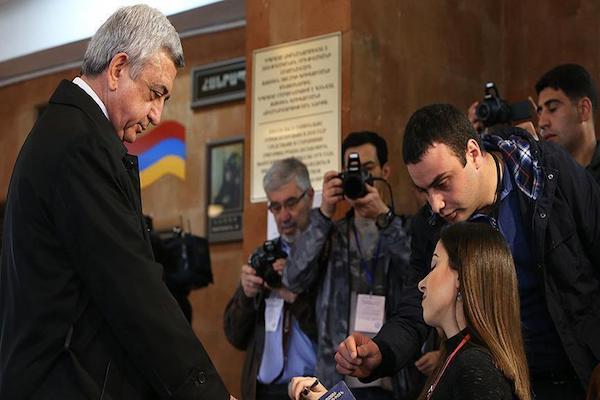 According to unofficial results from Armenia’s Central Elections Commission, the Republican Party of Armenia secured 49.21 percent of the vote. The Tsarukyan bloc -- led by businessman and former champion arm wrestler Gagik Tsarukyan -- was the next largest group on 27.38 percent. The opposition Yelk bloc secured 7.72 percent. Voter turnout in the country of just under 3 million people was around 61 percent.

It was the first nationwide election after 2015’s constitutional changes which ushered in a parliamentary form of government in the former Soviet republic. The Armenian prime minister’s office will become more powerful while the presidency will be more of a ceremonial post, chosen by parliament. Sargsyan has been in power since 2008 and his term as president ends next year.