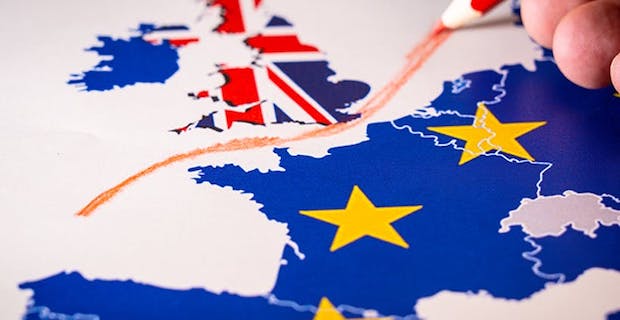 A week from today, the United Kingdom of Great Britain and Northern Ireland will leave the European Union on Jan. 31 at 11 p.m.

After the most tumultuous period in post-war British politics, Brexit will finally happen. When it does, however, it will not be with a bang, but a whimper.

The government has announced a raft of measures to celebrate the occasion, all of which are remarkably small in scale considering the magnitude of the event, further underlining how deeply divided the country remains. The U.K. must simultaneously celebrate the Brexit the nation asked for without alienating the 48% who voted to stay in the EU.

“January 31st is a significant moment in our history as the United Kingdom leaves the EU and regains its independence,” the government said in a statement announcing the celebrations.

“The government intends to use this as a moment to heal divisions, reunite communities and look forward to the country that we want to build over the next decade.”

The U.K. will formally leave the EU on Jan. 31, 2020, but remain in a transition period until Dec. 31, 2020, by which point it aims to have negotiated a comprehensive free trade agreement

The government is playing it cautious. A clock counting down the time until 11 p.m. will be projected onto 10 Downing Street as part of a light display. Government buildings around Whitehall will also be lit up.

As for its occupant, British Prime Minister Boris Johnson will hold a special Cabinet meeting in the north of the country and discuss how to improve the region’s economy, “level up” the country, as well as “spread prosperity and opportunity” across the U.K.’s four nations.

Johnson will then return to London where he will address the nation.

Commemorative 50p coins will also come into circulation -- around 3 million of them. The coins will be engraved with the words “peace, prosperity and friendship with all nations". Johnson will be among the first to receive the new coin.

Much like Brexit itself, the commemorative coin has been delayed on more than one occasion. It was first planned to mint 10,000 souvenir £10 coins for the original March 29, 2019 deadline. When that was delayed, a commemorative 50p coin with the same slogan was minted to go into mass circulation on Oct. 31, 2019, the second Brexit deadline. After that too was delayed, the coins were melted down. Third time lucky, Brexiteers hope.

The Royal Mail has refused demands by some Brexiteers to produce commemorative stamps, local media reported.

The Union Jack, the U.K.’s national flag, will be flown on all the flag poles around Parliament Square, next to the House of Commons. The national government will encourage local councils to follow suit with regards to raising the Union Jack, but will ultimately leave the decision to them, only going so far as providing funds to buy the flags should they wish to take up the offer.

Brexit Secretary Steve Barclay said: "Any opportunity to do so [raise the Union Jack] is one that… I would always celebrate."

For its part, the European Parliament will lower the U.K. flag outside its building in Strasbourg after Brexit and send it to a museum, the House of European History.

The center-left Scottish National Party (SNP), which wants to leave the U.K. but remain in the EU, was less than enthusiastic at the prospect of Scottish councils to raise the Union Jack. Scotland has its own flag called the Saltire.

SNP foreign affairs spokesman Alyn Smith said: “The Tories [ruling Conservative Party] have completely lost the plot. Boris Johnson is asking councils in Scotland to celebrate the fact that jobs and businesses in their local community will be wiped out thanks to Brexit. Brexit will be catastrophic for Scotland’s economy, leaving every single person in Scotland worse off.

“We voted overwhelmingly to remain in the EU and we’ve rejected Brexit at every election since – yet the Tories are going to drag Scotland out of Europe against our will. But let’s be clear, voters will be given the chance to escape this madness and build a fairer Scotland with a fresh referendum on our future.”

‘Bung a bob for a Big Ben bong’

Ardent Leavers wanted Big Ben to strike 11 times to commemorate the country leaving the EU. The problem is that the building in which it is housed, the Elizabeth Tower, has been under restoration since 2017 and works are not expected to be completed until 2021. It would therefore cost an estimated £500,000 to ring the bell.

Since it would be politically controversial to use government funds – ringing the bell alone would risk appearing triumphalist in the face of Remainers – Johnson said the government was “working up a plan so people can bung a bob for a Big Ben bong [translation: raise the money themselves to hear Big Ben ring].”

Despite very public efforts by Brexiteers to raise the necessary funds – they raised £200,000 in just three days – the plan fell through as parliamentary authorities said they could not accept publicly raised money.

Speaker of the House of Commons Sir Lindsay Hoyle said: “You are talking about £50,000 a bong. We also have to bear in mind that the only people who will hear it will be those who live near or are visiting Westminster.”

David Lammy of the center-left, main opposition Labour Party said that £500,000 was "a huge amount of money to waste on jingoism."

Nigel Farage, the U.K.’s leading Eurosceptic, will throw a party in Parliament Square to celebrate Brexit – but was told he will not be able to set off fireworks.

The Daily Telegraph reported a Royal Parks spokesperson saying: “We do not allow firework displays in St James’s Park because of the impact on nesting birds and other wildlife.”

Farage was less than impressed, saying: “We have just met obstacles at every moment of this.” 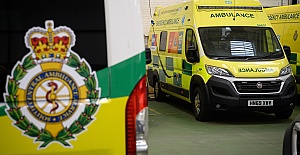 South Yorkshire will move into tier three of England's...

New restrictions to be announced for parts of England...