UK supports the 'urgent diplomatic efforts being made by Turkey and the UN' to avoid a catastrophe in Idlib, minister says 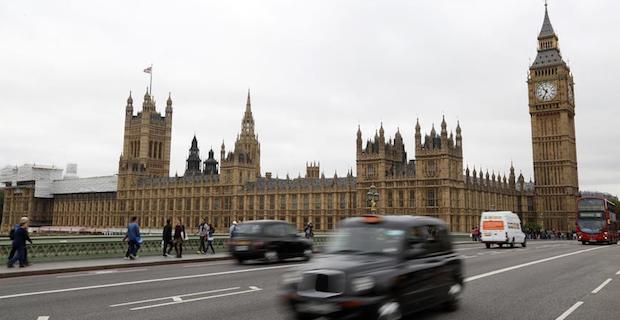 The UK is “extremely concerned” about escalating military action by Syrian leader Bashar al-Assad and his backers against nearly 3 million civilians who have sought shelter in Idlib and surrounding areas, a senior British minister said Friday.“These are people who have suffered through more than seven years of fighting. Many have already been displaced multiple times,” Minister for the Middle East Alistair Burt said as the British government announced new measures to assist civilians in the region.According to the announcement, the U.K. will help “protect and assist civilians in North West Syria amid warnings that more than 2.9 million people in Idlib and surrounding areas are at risk of deadly attacks by the Assad regime and its backers”. The newly announced assistance will include support for four health centers and two mobile health teams which will travel around the area treating “the most vulnerable people”.

The British government will also back an innovative new technology that provides civilians with early warnings about airstrikes by detecting aircraft and sending early warnings to civilians through air raid sirens and social media alerts, according to the statement.

The British aid will also include “psychological support” to protect women and children and “one-off cash transfers to the most vulnerable families fleeing into Idlib”.

Burt said a humanitarian catastrophe in Syria’s Idlib is avoidable.

“The UK supports the urgent diplomatic efforts being made by Turkey and the UN,” he said.

Turkey, Russia and Iran had all agreed to do their utmost to avoid a battle in Idlib, Jan Egeland, a UN humanitarian adviser, said last week.

“We call on the Syrian regime and its backers, Russia and Iran, to uphold the ceasefire they have agreed and to respect international humanitarian law.

“They should also be clear: we will respond appropriately if the Assad regime repeats its appalling use of chemical weapons,” he said.

Up to 2 million people who have been displaced across Syria came to North West Syria to take refuge, but there have already been at least 37 attacks on health facilities in the Idlib region so far this year, and civilians, aid workers and medical staff fear for their safety, the British government said.

The seven-year brutal civil war in Syria has cost an estimated 400,000 lives, with over 11 million people displaced by conflict and causing a severe shortage of food, clean water and healthcare, it said.

Keywords:
Aid PackageSyrian CiviliansBashar Al-Assad
Your comment has been forwarded to the administrator for approval.×
Warning! Will constitute a criminal offense, illegal, threatening, offensive, insulting and swearing, derogatory, defamatory, vulgar, pornographic, indecent, personality rights, damaging or similar nature in the nature of all kinds of financial content, legal, criminal and administrative responsibility for the content of the sender member / members are belong.
Related News