At a ceremony marking the opening of the academic year at the Gendarmerie and Coast Guard Academy in the capital Ankara, Yildirim said: “We congratulate Mr. Trump and wish him success.” 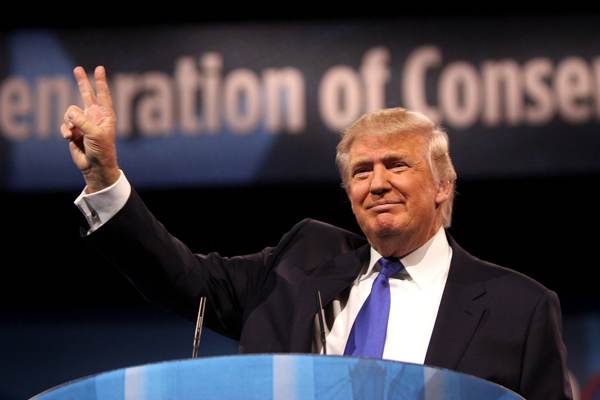 ANKARA-At a ceremony marking the opening of the academic year at the Gendarmerie and Coast Guard Academy in the capital Ankara, Yildirim said: “We congratulate Mr. Trump and wish him success.”

He added: “I make a clarion call for the new president to extradite Fetullah Gulen, who lives in U.S. territory, as soon as possible…

“If you extradite this terror organization leader quickly, who erodes our relationship and damages the historical friendship between the American and Turkish people, I am sure that you will open a new chapter for Turkey-U.S. friendship.”

Gulen is the U.S.-based leader of the Fethullah Terrorist Organization (FETO), which is said to have orchestrated the July 15 coup attempt in Turkey and be behind a long-running campaign to overthrow the state through the infiltration of Turkish institutions.

Turkey has repeatedly called for his extradition.

The premier called on Trump to strengthen strategic cooperation between Turkey and the U.S. and asked for the terror risk faced by Turkey to be considered by his administration.

President Recep Tayyip Erdogan touched on Trump's victory during a speech in Istanbul.

“The American people have made their choice and a new term begins in the United States with that choice,” he said. “I wish that the American people’s choice will lead to new steps within the scope of fundamental rights and liberties, democracy and developments in our region.

“I wish a successful future to the United States, interpreting the American people’s choice favorably.”

Foreign Minister Mevlut Cavusoglu also congratulated Trump. “We desire to reinforce with the U.S.A. our strategic cooperation based on trust,” he said in a tweet.

“Nobody can win an election through newspaper headlines, surveys [and] television,” he said. “Ultimately, people are voting. What I see, as election strategy, I think American nationals said ‘no’ to the dictating of their will.”

Bozdag was speaking as exit polls showed Trump in the lead but before the result was called.

The minister said Turkey would work with any future president due to “joint interests, strategic partnerships... The change of presidents will not bring a radical revision of these relations.”