Too early' to decide on summer holidays, says Hancock

It is "too early" to know whether summer holidays can go ahead, the health secretary has said.Hancock on holiday uncertainty, People are smarter than all that 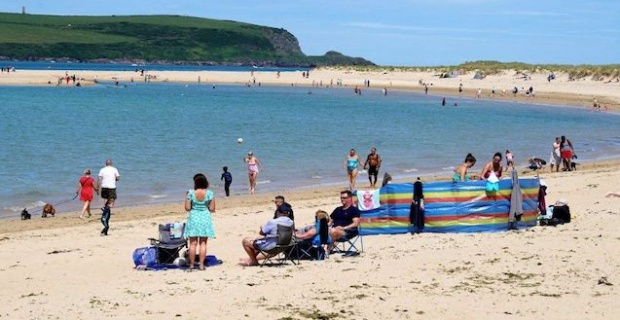 Matt Hancock said there was still "a lot of uncertainty" but ministers were doing everything possible to make sure people could have a holiday this year. He told the BBC he had booked his own summer break in Cornwall "months ago". Labour leader Sir Keir Starmer urged the government to "get rid of the mixed messages" about whether people should book holidays for later in the year. Some Tory MPs and businesses also criticised the government for fuelling uncertainty for travel companies already struggling in the pandemic. It follows confusion after Transport Secretary Grant Shapps warned "people shouldn't be booking holidays right now - not domestically or internationally".

Mr Hancock said it was too early to know which coronavirus restrictions may still be in place over the summer, but that he understood people wanted to make plans.He told BBC Breakfast "people are yearning for certainty over whether they can have a summer holiday" but said "pandemics are difficult times and there is a lot of uncertainty"."We are doing everything that we possibly can to make sure that people can have a holiday this summer but the vaccine rollout is absolutely essential to that," he continued.The health secretary told BBC Radio 4's Today programme that, before summer holidays, the priority would be making sure people can see loved ones again.He said it was too early to say when this might happen but the prime minister would set out more details in the week beginning 22 February.Meanwhile, Mr Hancock said 90% of people had accepted an offer of a coronavirus vaccine - much higher than predictions about 75% would take a jab. Mr Johnson has urged two million people who have yet to accept their offer of a vaccine to "come forward" this week. 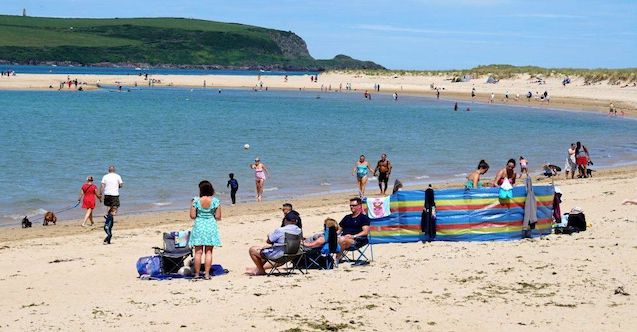 Mr Hancock's comments came after both Mr Johnson and Mr Shapps urged people not to "go ahead and book holidays".

Mr Shapps said on Wednesday it was "too soon" to book a domestic holiday and that foreign breaks may only be possible once many more people have been vaccinated and to "do nothing at this stage".

Mr Johnson told a Downing Street briefing that people would have to be a "little bit more patient."

The PM's official spokesman said Mr Johnson does not have a holiday planned but "is obviously keen to have a break over the summer".But Labour's shadow health secretary Jonathan Ashworth criticised ministers for not being clearer about what the public could plan for.

He said he had yet to book a holiday because he was "in the same boat as everyone else".

"I just want to know what's happening, so ministers need to tell us," he said.

Sir Keir said he had a "holding" booking for a break in Devon in August that is "subject to restrictions, that's the best anybody can do".

Keywords:
Coronavirus PandemicCovid-19 UkSummer HolidaysHancock On Holiday
Your comment has been forwarded to the administrator for approval.×
Warning! Will constitute a criminal offense, illegal, threatening, offensive, insulting and swearing, derogatory, defamatory, vulgar, pornographic, indecent, personality rights, damaging or similar nature in the nature of all kinds of financial content, legal, criminal and administrative responsibility for the content of the sender member / members are belong.
Related News