A nine year-old schoolboy from Hampton has raised £5,315 for the crisis in Yemen through designing, creating and selling Eid cards that have been delivered as far as San Francisco and Dubai 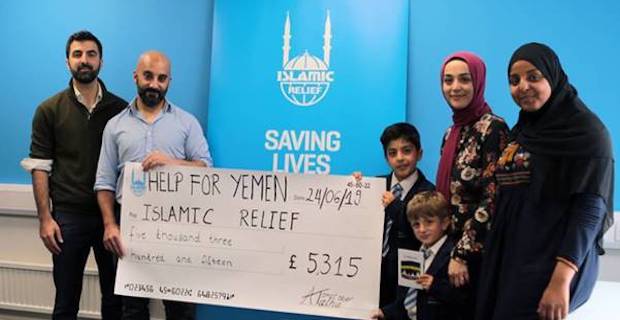 AVRUPA TIMES /LONDON-Omer Olcer, whose parents are of Turkish origins, said he sold around 500 cards in his school, mosques and local businesses. He also spread the word on Whatsapp and Instagram through family members – and got people to buy cards in Dubai, Turkey, San Francisco, Germany as well as throughout the UK.The money raised will go to Islamic Relief’s Yemen appeal. Omer said: ‘I wanted to do something to give back for Ramadan because it’s such an important time of sacrifice for Muslims. I researched the biggest problems because there are so many in the world. I learned that Yemen is on the brink of the worst famine in 100 years – with 130 children dying every day. 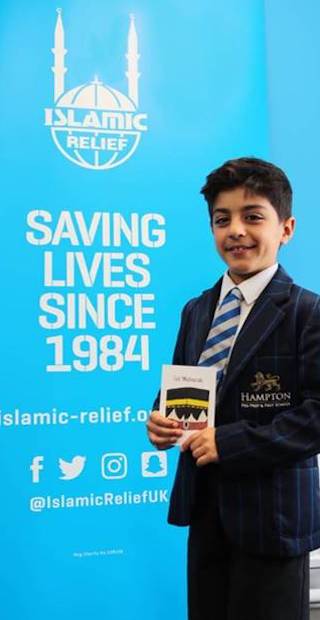 ‘My au pair told me she supports Islamic Relief and I looked into the charity and found out it does a lot of work, especially in Yemen. So I decided to donate the money from the cards to Islamic Relief’s Yemen appeal.

‘It’s important to remember that we’re fortunate and have to help others who aren’t. I’m very lucky and am not suffering – so why should other people suffer? When I grow up I want to be a footballer like Mo Salah, and use my money to give back to charities.’

Yemen is already one of the poorest countries in the region and over 20 million people don’t know where their next meal will come from.

Islamic Relief is one of the largest international aid agencies operating in the country, mostly with food assistance and access to medical supplies.

Ayesha Malik, National Community Fundraising Operations Manager at Islamic Relief UK, said: ‘We are so humbled by Omer’s generosity, which there’s no doubt will save many lives. Allah said in the Quran that if you save a life, it is as though you have saved all mankind.’

Keywords:
London Turkish BoyOmer Olcer
Your comment has been forwarded to the administrator for approval.×
Warning! Will constitute a criminal offense, illegal, threatening, offensive, insulting and swearing, derogatory, defamatory, vulgar, pornographic, indecent, personality rights, damaging or similar nature in the nature of all kinds of financial content, legal, criminal and administrative responsibility for the content of the sender member / members are belong.
Related News