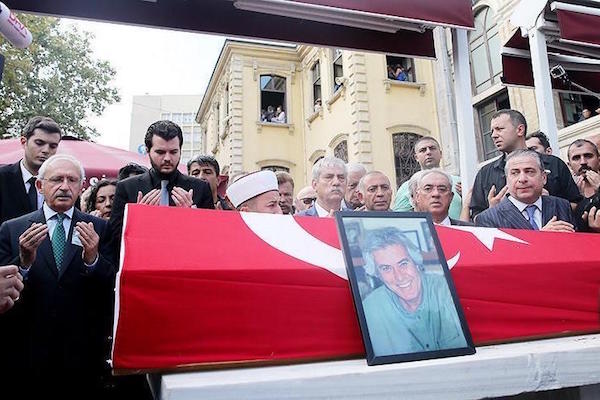 ISTANBUL (AVRUPA TIMES)-Turkey said goodbye to one of its iconic cinema stars on Sunday as towering actor Tarik Akan, who died recently aged 66, was buried in Istanbul.

Some onlookers threw carnations from their homes as Akan’s remains passed.

A commemorative ceremony had been organized to run before the funeral in Sisli's Harbiye Muhsin Ertugrul Stage theater. Another memorial service took place at Bakirkoy Liberty Square.

Akan died on Friday at an Istanbul hospital where he had been undergoing treatment for lung cancer.

He also took roles in political dramas and won awards such as Best Actor at the 1982 Cannes Film Festival, and Honorable Mention at the 35th Berlin International Film Festival for his role in Pehlivan (The Wrestler).

Recently he had been involved in documentaries and TV series.

Born in Istanbul in 1949, Akan was married to Yasemin Erkut; they had two sons and a daughter.